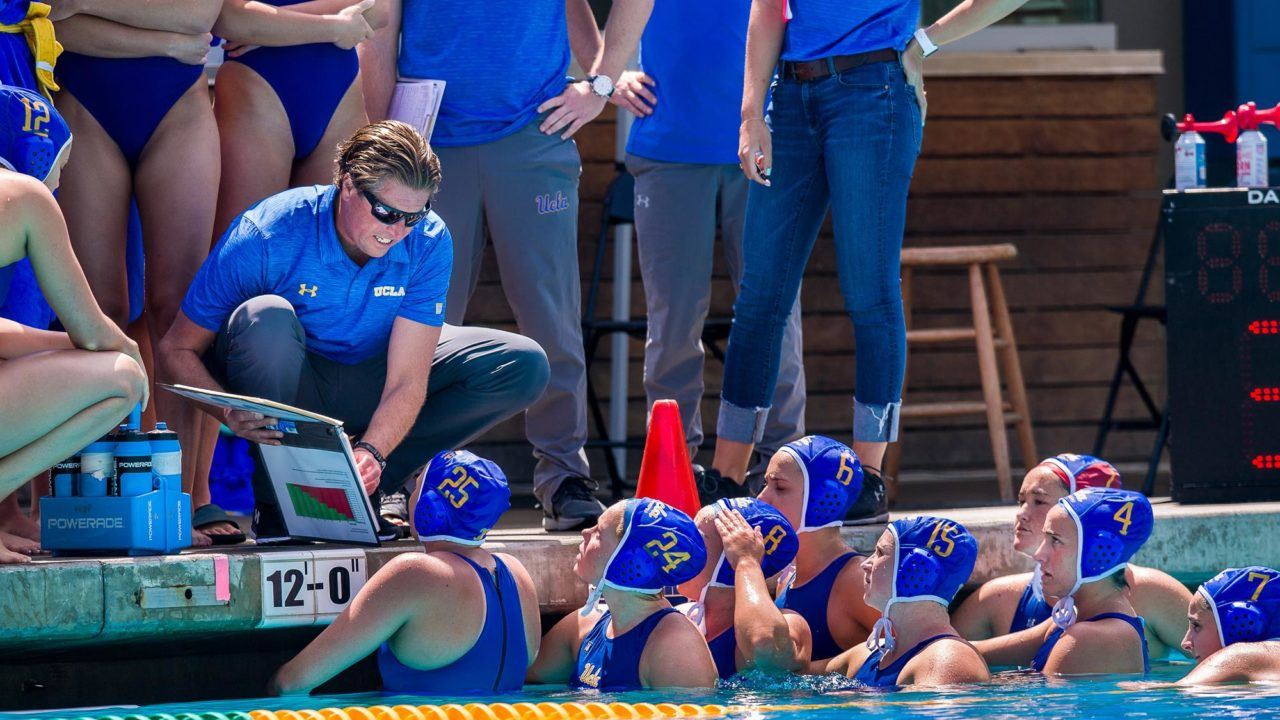 The 2019 women’s water polo season begins today with six matches. Ahead of that, here’s a look at each of... Current photo via UCLA Athletics

The 2019 women’s water polo season begins today with six matches. Ahead of that, here’s a look at each of the seven automatic qualifying conferences. The preseason national poll has defending champion and MPSF titlist USC atop the rankings with a roster including four returning 2018 All-Americans. A complete look at the 66 returning All-Americans from across divisions is here.

Opening weekend matchups including 21 contests pitting two Top 25 ranked teams. Defending national champion #1 USC from the MPSF will face off with #9 Michigan out of the CWPA on Saturday to highlight the action. #3 UCLA faces off with #6 UC Irvine on Saturday in Santa Barbara, while the Bruins take on the #9 Wolverines on Sunday.

The full opening weekend schedule is below.

Eight Big West players were tabbed with All-America honors. Of that group, four return: Hawaii’s Irene Gonzalez (1st), UC Irvine’s Tara Prentice (2nd), LBSU’s Tori Morrisey (HM) and UCSB’s Kate Pipkin (HM). Gonzalez is back after garnering conference Player of the Year nods in 2018 and notching 53 goals and 36 assist, as is Freshman of the Year Isabel Rack from UC Irvine, who scored 25 goals.

An ace up UC Irvine’s sleeve is the return of Mary Brooks, the 2016 and 2017 Player of the Year and 2015 Freshman of the Year, who redshirted in 2018. Brooks is back with an eye on the Anteaters’ career scoring mark.

Steere ranks second in school history for goals per game (1.603), assists per game (1.064) and points per game (2.667), while Sellers led the Wolverines with 81 goals to go with 33 assists and 46 steals. Both players were first team all-CWPA honorees.

Harvard, Princeton, Bucknell and Brown round out the CWPA preseason conference top five.

The Crimson, which went 17-19 in 2018, are led by honorable mention All-American and second team all-CWPA selection Kristen Hong, who netted a team-best 71 goals and added 40 assists and 40 steals. Harvard earned a spot in the preseason national poll, checking in at #21 after receiving votes in the final poll of 2018.

Princeton was the CWPA Tournament runner-up to cap off a 23-8 season, the program’s six 20 win season in the last seven years. Leading the way for the Tigers are second team All-CWPA honorees Lindsey Kelleher and Marissa Webb. The team will be in its first season under Derek Ellingson, who was promoted to head coach in June.

Pacific (18-8, 7-0) was picked to repeat as GCC champs with a roster including league Player of the Year and second team All-American Kyra Christmas as well as honorable mention All-American Mariana Duarte among 12 returning players. Christmas posted 61 goals and 40 assists, while Duarte turned in a team-leading 62 goals and 22 assists. Pacific is ranked #8 in the preseason national poll.

LMU will be led by honorable mention All-American Hana Vilanova, who returns after leading the league with 69 goals, and second team All-GCC selection Morgan Molloy, who put in 38 goals and notched a team-best 73 drawn exclusions.

Led by Preseason Player of the Year and 2018 Honorable Mention All-American Erica Hardy, the #14 Wagner Seahawks (25-7, 14-0) are the favorites to win the MAAC title after taking five straight crowns and advancing to the second round of the NCAA Tournament. Hardy scored 85 goals and added 60 assists to lead the Seahawks to the conference’s regular season and tournament titles.

NCAA champion USC (26-1, 5-0) earned all six first place votes in the MPSF preseason poll after winning three of the last six conference titles. Newcomer of the Year Paige Hauschild and Player of the Year Amanda Longan are back alongside All-Americans Maud Megens and Denise Mammolito. Longan also was national player of the year after notching 214 saves and a 5.24 goals against average, while Hauschild also was a first team All-America selection with 68 goals.

The Cardinal boast three returning All-Americans – Makenzie Fischer (1st), Aria Fischer (2nd) and Kat Klass (3rd) – while checking in at No. 2 in the national poll after a national runnerup finish a year ago. Makenzie Fischer led the MPSF with a 2.79 goals per game (67 total), including 19 multi-score games. Aria Fischer added 1.46 goals per game in MPSF play as a rookie, while Klass (also second team in 2016) is back for her senior season after adding 39 goals her junior year (1.63 per game in MPSF action).

No. 4 Cal welcomes back three honorable mention All-Americans in Madison Tagg, Emma Wright and Kitty Lynn Joustra. Tagg returns for her senior season after making 166 saves and owning a 5.20 goals against average. Wright scored a team-high 47 goals (1.81 per game), while Joustra added 33 (1.43 per game).

Pomona-Pitzer (22-11, 14-0), the lone Division III member of the NCAA Tournament field, will aim for its second straight SCIAC regular season and tournament titles after topping Cal Lutheran 8-2 in the championship match last year.

Three All-Americans are back from that Sagehen roster, including first teamer Natalie Hill, second teamer Kahea Kahaulelio and honorable mention selection Anna Yu, as is Division III Coach of the Year Alex Rodriguez. Hill scored 18 goals and chipped in a team-best 23 assists and 28 steals. Kahaulelio accounted for 48 goals, 22 assists and 36 steals, while Yu posted 48 points on 33 goals and 15 assists.

UC San Diego, which won the regular season and WWPA tournament titles and was the only Division II team to advance to the national tournament, is #15 nationally. The Tritons bring back four All-Americans, including first teamer Chanel Schilling, who registered 29 goals, five assists and a team-best 45 exclusions drawn as a junior.