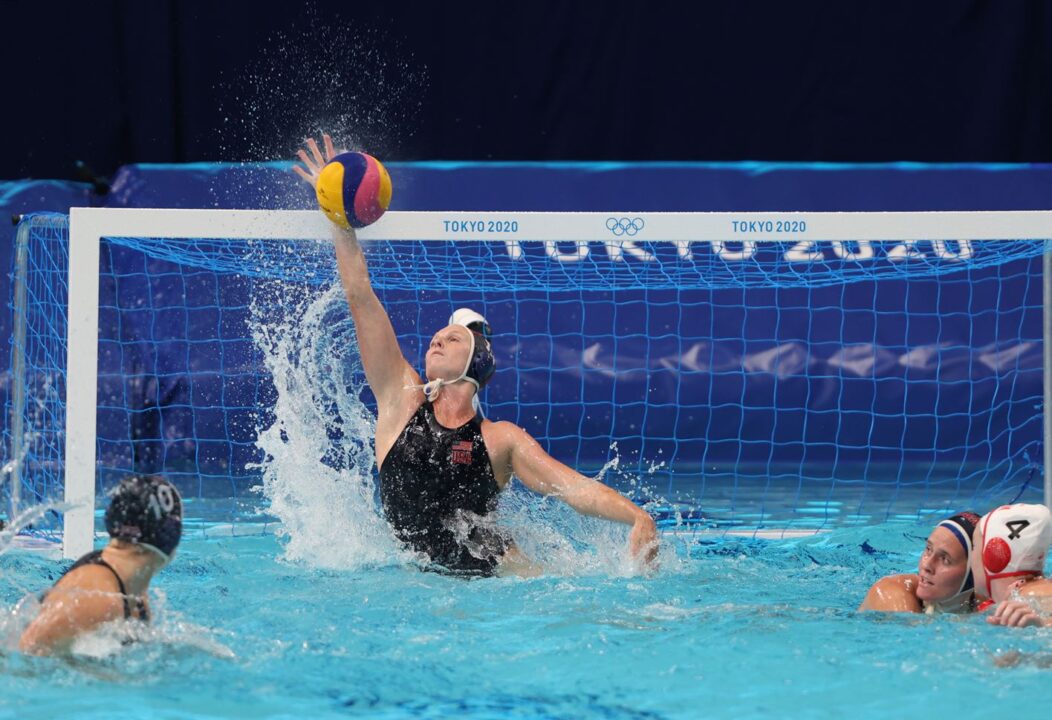 Defending champion United States put on a defensive masterclass against Italy to punch their ticket to the championship match against Hungary on Saturday at 1 p.m. EST.

Goalkeeper Amanda Longan had 16 saves to help the U.S. hold off Italy for a 14-6 victory in Thursday’s semifinals. The Americans jumped out to an early 3-0 lead after the first period, extending their advantage to 6-2 at halftime and 10-3 at the final break behind a stellar defensive effort.

“We honestly do not speak about winning,” said U.S. head coach Adam Krikorian, who is eyeing a four-peat at Worlds. “Of course, I wanted it, but I’m more concerned about just playing the game the right way. That’s going to be a focus for the next two days and I hope we’ll play our best the day after tomorrow. Win or lose, if we did a good job, the result is good for us. Our defense, especially in the first three quarters, was phenomenal today; our keeper had incredible saves, so yes, the job was well done by the ladies.”

Italy tallied 11 steals to none for the U.S., but they couldn’t capitalize off the forced turnovers. The U.S. finished with five extra-man goals on 10 attempts compared to three on seven tries for Italy. It was a balanced scoring effort for the Americans as they boasted five players with multiple goals and nine in total who found the back of the net against Italy.

“It was really difficult to play against the United States,” Italy head coach Carlo Silipo said. “They were good at tactics and had good solutions in every situation. I think they are the best team in the world right now and the result showed this as well.”

Thursday’s other semifinal later in the day between Hungary and the Netherlands came down to a thrilling finish.

Dora Leimeter scored the go-ahead goal with 3:50 remaining, and goalkeeper Alda Magyari made a game-clinching save in the waning seconds to lift Hungary to a 13-12 win.

“What sent us through was our fantastic mental toughness,” Hungary head coach Attila Biro said. “Hats off to the team, finally we managed to win a semifinal. It’s also a special task and we seemed to have learnt it at last – hope this won’t be our last passed semifinal. Our mental preparation is getting better and better. It has been working well since the 2020 European Championships. We were strong in body and soul. We continued writing history.”

Netherlands will face off against Italy for 3rd place on Saturday at 7:30 a.m. EST.

Elsewhere in the bracket, Spain routed France, 18-5. The Spaniards advance to Saturday’s 5th-place match against Australia, which edged Greece 16-14 on Thursday. France and Greece will vie for 8th on Saturday at 10 a.m. EST.

Canada cruised past New Zealand, 20-11, to equal its 9th-place ranking from 2019. The Kiwis’ 10th-place finish is an improvement after 12th-place results in a row at Worlds. Emmerson Houghton led New Zealand with six goals on nine shots, and Shae La Roche paced Canada with four goals.

Kazakhstan dealt Argentina a 12-6 loss in the 11th-place match. Kazakhstan placed 10th in 2019. It was Argentina’s debut at Worlds.