2021 Swammy Awards: US Male Swimmer of the Year – Caeleb Dressel 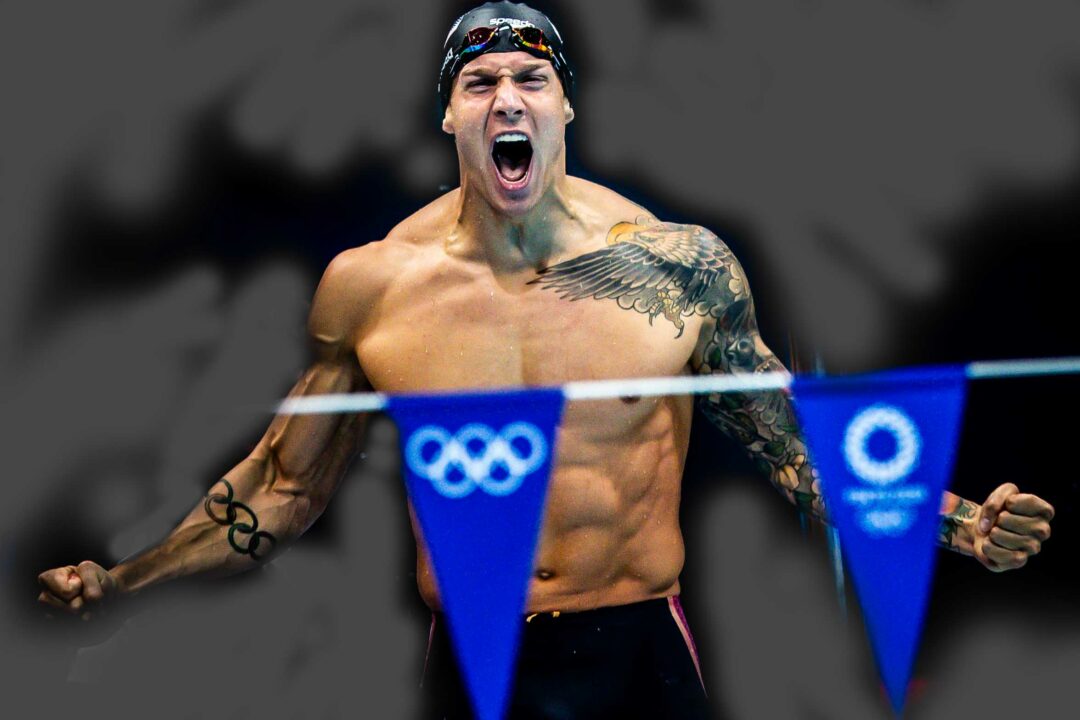 For the third straight year and fourth time in Swammy history, Caeleb Dressel has been named the US Male Swimmer of the Year by a deceivingly large margin. Archive photo via Jack Spitser/Spitser Photography

2021 US Male Swimmer of the Year – Caeleb Dressel

For the third straight year and fourth time in Swammy history, Caeleb Dressel has been named the US Male Swimmer of the Year by a deceivingly large margin. Although the case could be made for Bobby Finke or Chase Kalisz, who both won individual Olympic golds in Tokyo, Dressel’s performances throughout the year were just too dominant across the global stage.

In Tokyo, Dressel made himself known far beyond the swimming community, finishing with a historic 5 gold medal haul, the most golds of any athlete competing at the Olympic Games across all sports. In fact, with his performances, he joined Mark Spitz, Matt Biondi, and Michael Phelps as the only swimmers to ever win 5 gold medals in a single Olympic Games. With his performances in Tokyo, Dressel brought his career Olympic medal tally to 7 golds, adding to the two relay medals he won in Rio.

Although he had to wait until day 2 to get his first race in, Dressel wasted no time establishing his dominance on the Olympic stage. Leading off the American men’s 4×100 freestyle relay, Dressel split a blistering 47.26, helping the team to a gold medal finish while also posting the fastest textile-suit time in history (3:08.97), nearly breaking the coveted world record of 3:08.24, which included Jason Lezak’s historic 46.06 split.

After asserting his relay dominance, Dressel quickly moved on to sweep his individual events, winning 3 more gold medals across the 50 free (21.07), 100 free (47.02), and 100 butterfly (49.45). He broke the Olympic record in all three races and also took down his own World record in the 100 butterfly in a fierce battle with Hungarian Kristof Milak.

In his final race of the meet, Dressel threw down a blistering 49.03 split to help the US men to victory in the 4×100 medley relay, which broke the world record as well. Dressel’s split on that relay stands as the fastest 100 butterfly split in history by a wide margin.

Following his performances in Tokyo, Dressel competed in a limited ISL season. Despite only competing in 5 meets, Dressel still managed to score 307.50 MVP points, giving him the 8th highest total in the league. In the SCM pool, Dressel finished the season ranked 1st in the world in both the 100 butterfly and 100 IM, along with 2nd place rankings in the 50 freestyle and 100 freestyle.

literally shaking how could they do this to Sun Yang

He don’t need no hammer

early morning chuckles are so delightful!