2019 Swammy Awards: US Male Swimmer of the Year Caeleb Dressel 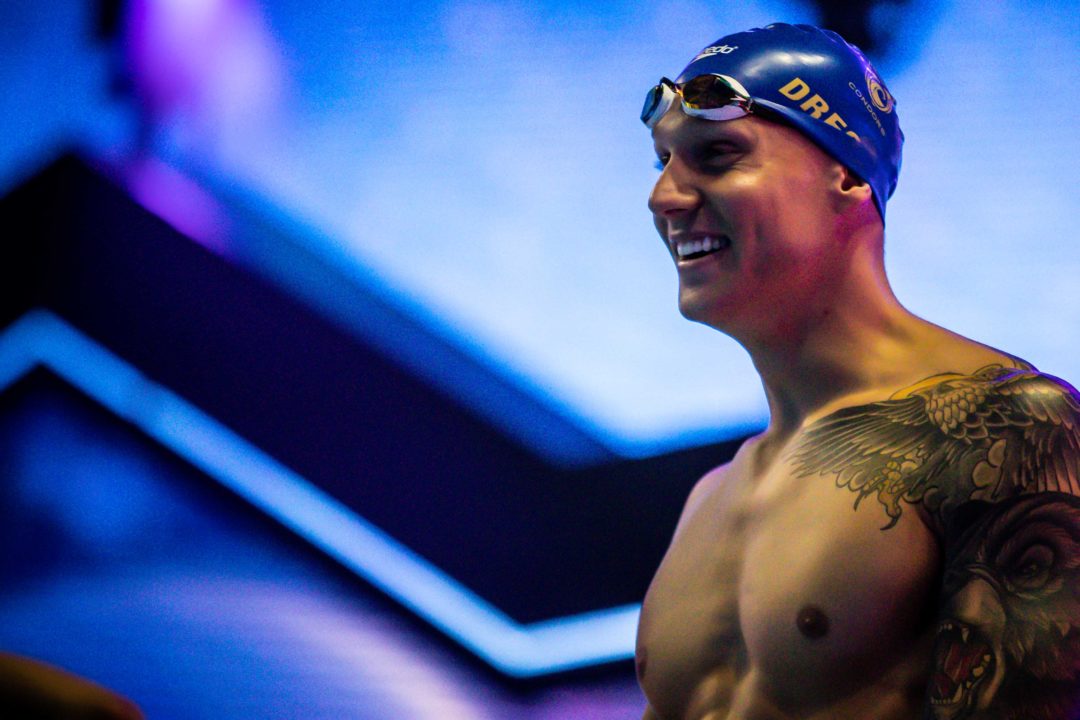 2019 US MALE SWIMMER OF THE YEAR: CAELEB DRESSEL

After a rocky 2018 Pan Pacs, Caeleb Dressel came back with a vengeance at the 2019 FINA World Championships. Dressel won 8 total medals, the most won by any swimmer in history at a single World Championships meet. That included 4 individual gold, 2 relay golds, and 2 relay silvers.

His individual campaign at Worlds saw Dressel sweep the sprint butterflies and sprint freestyles. He set new American Records in the 50 free, 100 free, and 50 fly. Dressel set his first individual World Record of his career in the 100 fly semifinals, breaking the mark formerly set by Olympic legend Michael Phelps. He finished just over a tenths shy of his record to win finals. Dressel is now the back-to-back champion in the 50 free, 100 free, and 100 fly, and in a challenging year for the U.S. men at the World Championships, he was the only American male to win individual gold.

Dressel also made waves in the ISL’s inaugural season for the Cali Condors. At the ISL Finale, he broke his first short course meters World Record as he won the 50 free. He also set the U.S. Open and American Records in the 50 fly and 100 free, and was named the Championship MVP.

Water is wet, sky is blue

(In before someone quipping with “water is not actually wet”)

Water is NOT wet

You’re delusional if you think anyone but Rowdy Gaines deserves the award.

I’m shocked!! LOL
I’m glad to see Zach Apple in the conversation, the man is a stud!!

“In the mixed free relay, he anchored the Americans to a new World Record.”

I believe he was the lead off for the relay.

Besides Dressel, no American man did that much individually at Worlds. I expect them to step up for Tokyo.

16
-3
Reply
remel can do anything
Reply to  Samuel Huntington

4 years ago，the only one was ryan lochte.

16
-1
Reply
BKP
Reply to  remel can do anything

I think you meant 8 years ago in Shanghai…time flies!

2
-4
Reply
remel can do anything
Reply to  BKP

Wow – I didn’t realize he was the only one to win a gold in Kazan, yikes!

Just In: Caeleb Dressel finishes in a tie for 10th (with LSU QB Joe Burrow in the “AP 2019 Male Athlete of the Year” balloting. NBA Star Kawhi Leonard was the winner.
https://www.sandiegouniontribune.com/sports/national/story/2019-12-27/2019-male-athlete-of-the-year-voting?_amp=true

What an honor for Joe! He must be stoked to be on the same level as Caeleb

The best US male swimmer without WC medal: Shaine Casas.

What about our lord and savior Dean.