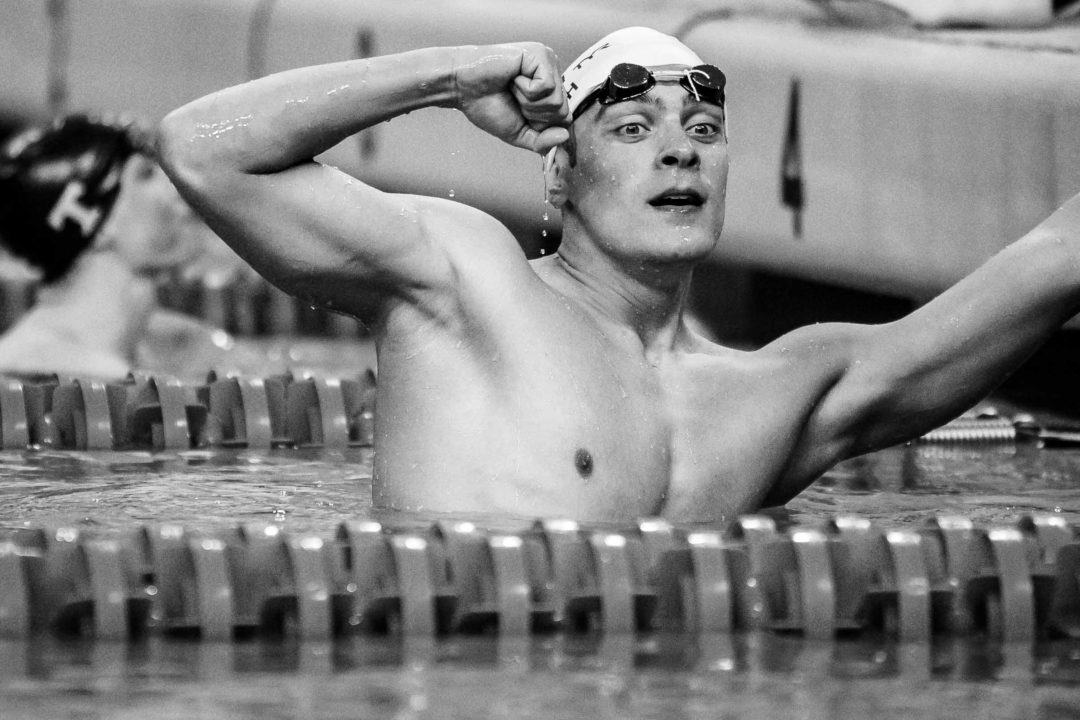 The Wildcats will battle with the Cardinal as they're separated by 1.5 points. Utah looks to stay ahead of USC for 5th place.

The 2020 men’s Pac-12 Championships continued this morning with prelims of the 200 back, 100 free, 200 breast, and 200 fly. The mile will be swum as timed finals this afternoon, with the top 8 seeds swimming at the start of tonight’s finals session. Read on for the up/mid/down tracking of this morning’s preliminary events, and the impact it could have on the team standings after night 3 finals.

*NOTE: This report does not include relays or timed finals of the mile.*

The mile can be a little more unpredictable scoring-wise. While swimmers in prelims/finals events are locked into their respective heats, someone in the mile could move from a no time seed up into the top 8, in theory, or someone seeded in the top 8 could fall to B-final scoring range. For that reason, the mile isn’t included in this table.

Barring a significant number of DQs, the Bears will go on to earn their 3rd straight title. Arizona should slightly outscore ASU in the events accounted for here, but it looks like the Sun Devils will be able to hold on to 2nd. The Wildcats will battle with the Cardinal as they’re separated by 1.5 points. Utah looks to stay ahead of USC for 5th place.

Stanford needs to get sprinters and.build the team from there. I am surprised that most.of.the current.guys are not improving as much sprinting-wise. Hopefully they need to look at the techniques and underwater work more for next year.

Any comments or thoughts on how Dan Schemmel’s first year with Stanford is going? This will be Stanford’s lowest finish at Pac12s(10s) since 1980 (6th).

However, that 1980 season was also Skip Kenney’s first year as head coach. The next year the Cardinal finished 3rd and the year after 1st (starting the 30 year streak). https://gostanford.com/news/2017/1/1/mens-swimming-diving-season-by-season-results.aspx

He’s got a pretty stellar class coming in next year led by Minakov. Actually if you look at it its got to be ranked in the top 5 in the nation

I’d say third at worst, probably better than Cal’s for second. And stronger in the sprints than Texas, so you could argue number one.

Arizona and ASU looking solid. Stanford not so much.

Any word on the poor performances from USC? How many of their guys are qualified for NCAAs? Salo is not leaving an easy task for whomever takes over.

the thing is, the team is almost all freshmen (who are doing pretty good) and sophomores (who look off here but were good mid season). The bigger question is what happened to the junior and senior classes – Miljenic and basically nothing else.