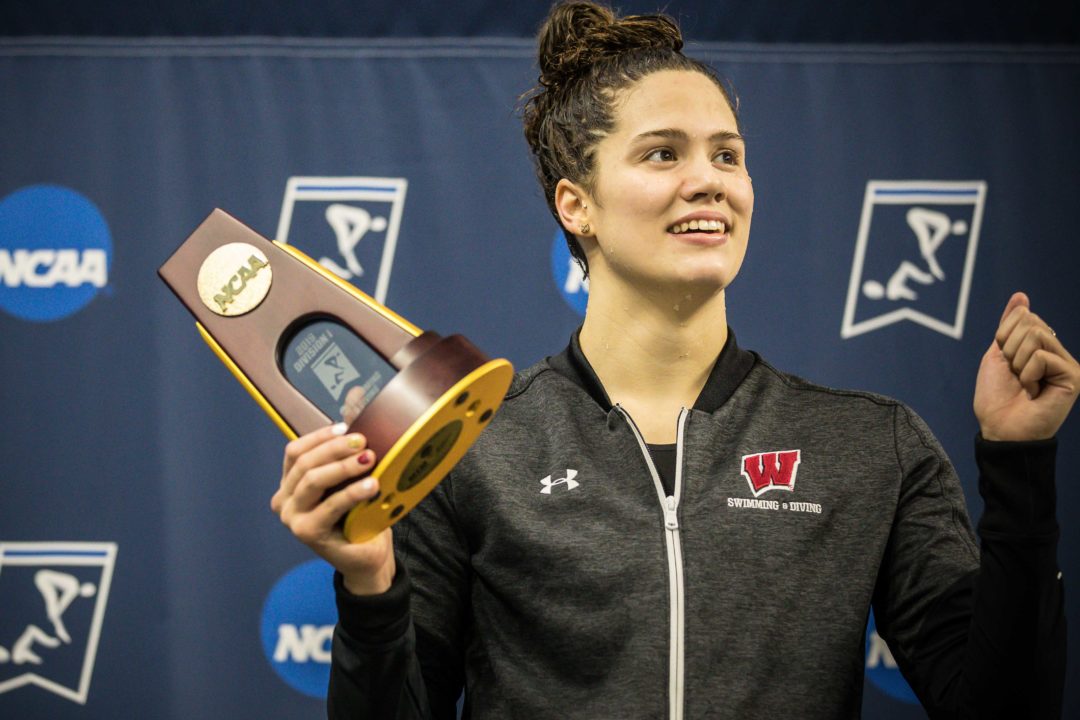 The junior Nelson got her meet off to a stunning start, upsetting American record holder and defending NCAA champion Ella Eastin in the 200 IM, going 1:50.79 Thursday night. Friday, she destroyed Regan Smith’s 49.66 American record in the 100 back, reclaiming and resetting her NCAA and American marks from last November, going 49.18. Finally, Saturday night, she won the 200 back in NCAA record fashion, going 1:47.24 (but missing Smith’s 1:47.16 American record.)