Jack Levant Out of NCAAs Due to ‘Medical Complications’ 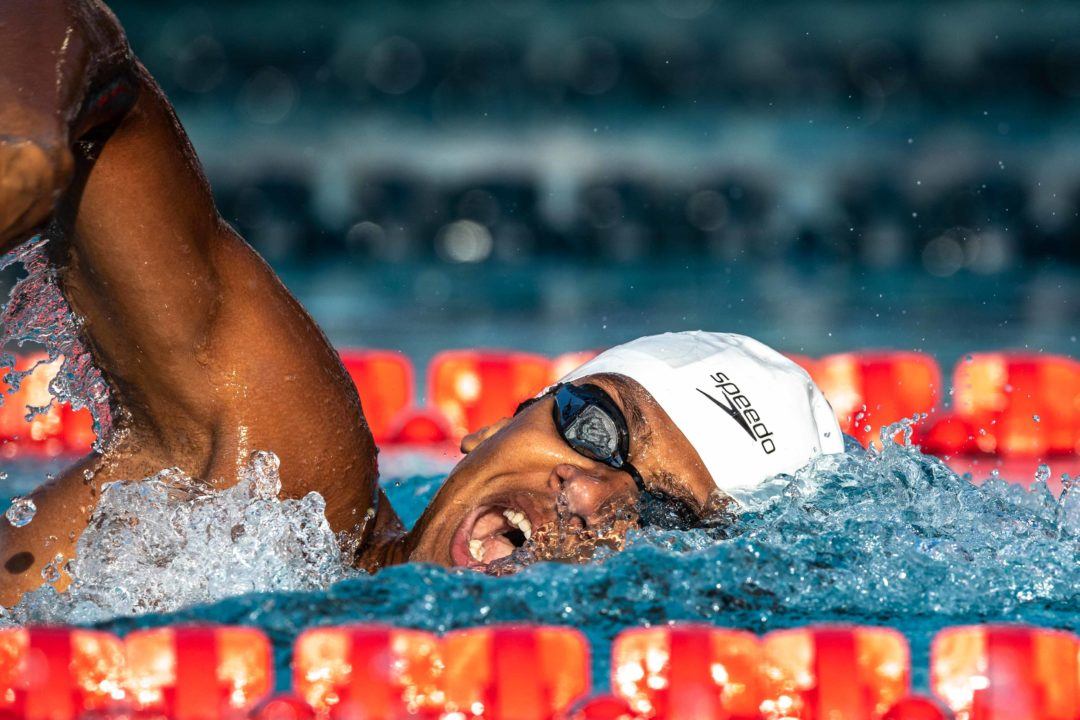 Stanford freshman Jack Levant announced on Instagram today that he will not be competing at next week's NCAA championships due to a medical condition. Current photo via Mike Lewis/Ola Vista Photography

Stanford freshman Jack LeVant announced today on Instagram that he would not be attending next week’s NCAA Division I Men’s Swimming & Diving Championships due to “unforeseen medical conditions.”

Due to some unforeseen medical complications, I will not be competing at NCAA’s this year. I love my Stanford family with my entire heart and soul, and I cannot thank you all enough for the support. Life is full of setbacks, and this is just one of those moments. Hopefully my recovery will be swift, and I will be back to representing Stanford again soon. Best of luck to everyone competing, and like always… Go Card!

That’s an additional blow for Stanford, who were already missing some pieces this year, including distance ace Grant Shoults, who was limited this season due to shoulder issues. The Cardinal looked like they might be a top 5 or top 6 team early in the season, but as injuries and absences have taken their toll, they’ll be hard-pressed to make even the top 10 at this point.

LeVant had a breakout summer in 2018, securing a spot on Team USA’s 2019 World Championships 4×200 free relay squad with a 5th place finish in the 200 free at last summer’s Phillips 66 Nationals.

While an updated psych sheet hasn’t been posted on the USA Swimming NCAA Division I information page, LeVant’s scratch should move Louisville’s Nikolaos Sofianidis into the meet on the strength of his 46.09 time in the 100 back. If there are any additional scratches, USC’s Alexei Sancov is the next man on the alternate list.

Stanford will struggle to be in the top-10 this year.

If this news was about a foreign swimmer some would suspect a failed drug test.

Not just foreign swimmers. This situation does not seem straight forward. When high profile athletes get an injury (Grant Shoults) or illness (Nathan Adrian,) they sometimes disclose exactly what is going on leaving no room for speculation. But in other cases, such as Lavant and Cameron Craig, we’re given vague information that is a bit strangely timed and you can’t help but wonder…But either way, it’s the choice of the family (and perhaps school?) to have privacy. Maybe more info will be disclosed, maybe not. But I do know that Jack Lavant is an incredible swimmer and my hope is that whatever the reason he’s not competing, I wish him a complete and speedy return to the sport he loves.

You sound a tabloid trying to build a story that just not there. Lets just wait and see. When he and his family are ready, they will give us a explanation.

I don’t think he actually swam that 50 breast split. From what I heard, the psych sheets didn’t update to the real swimmers and Stanford used one of their senior breaststrokers.

I believe it was Matt Anderson who swam that relay.

NCAA not NCCA I guess in the title

Perhaps he is skipping NCCAs to compete at NCAAs instead

Get well soon. Team USA needs you this summer.

Wow, hope it’s nothing too serious. Look forward to him recovering quickly and swimming fast this summer and next year.