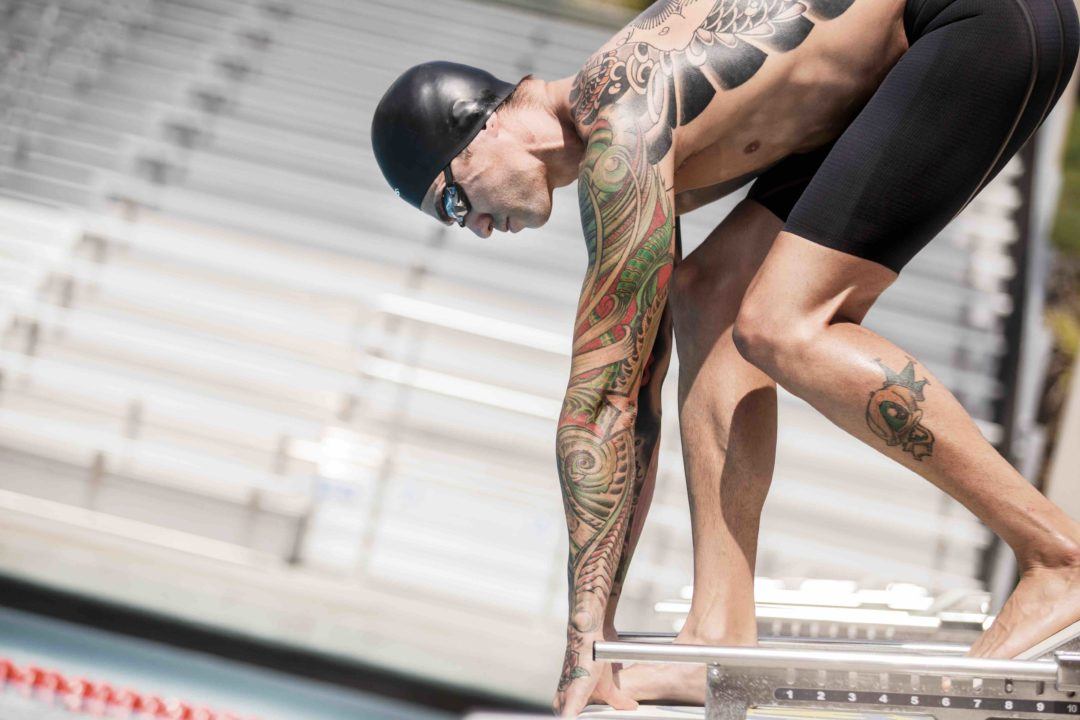 Night 4 at defied expectations. There was only one place in the top 4 in any of the 5 individual events that was picked correctly by more than 50% of entries Current photo via FINIS

Night 4 at defied expectations. There was only one place in the top 4 in any of the 5 individual events that was picked correctly by more than 50% of entries – Andrew Seliskar of Cal’s 200 breast win was picked by 75% of entries.

Dean Farris of harvard again punished entrants who dared doubt him. He was picked to win by 15% of entries. Bowen Becker of Minnesota (8%) was 2nd, Zach Apple of Indiana (19%) was 3rd, and Daniel Krueger of Texas was 4th (0%, picked by only Tea Rex. A couple people had him higher than 4th, but Tea Rex was the only one to get it exactly right).

Seliskar won the 200 breast. He was trailed by Max McHugh of Minnesota (0% MchHugh was a popular pick for 4th, but no one was bold enough to put him 2nd. 1 person picked him to win. Notably that person is in dead last in the overall contest). Ian Finnerty of Indiana (25%) was 3rd, and Caio Pumputis (32%) of Georgia Tech was 4th.

Andreas Vazaios of NC State was picked by only 18% to win, a surprisingly low number for a defending champion with upperclassmen competition. Vini Lanza of Indiana (44%) was 2nd, Zheng Quah of Cal (19%) was 3rd, and Nick Albiero of Louisville (11%) was 4th.

Dean-y Vidi Vici did enough to carry their lead from yesterday to win with 192 points. !!!Kirillich was 2nd with 191, baileyryansmith was 3rd with 188. Well done.

If you don’t see your entries in the tables below, you can check the spreadsheet to see where you finished.

Does this have the team picks factored in?

It does. The reason the day 4 scores are so low is because today was so unpredictable. As I mentioned above, only 1 place in 1 event was picked correctly by more than 50% of people.

I will also add that we reduced the number of points available from the team picks by about 2/3rds this year. We felt they were too big a factor in the past

Today hurt me :(( thanks Tate and Alabama

Damn I did a lot better than I thought I would

Dang I wish there was a prize for 9th place

Somehow I get 8 in the women’s without knowing anything about women’s swimming and 218 in the men’s which I follow a lot more shows how much I don’t know about what I know.

When will we be getting the prizes?