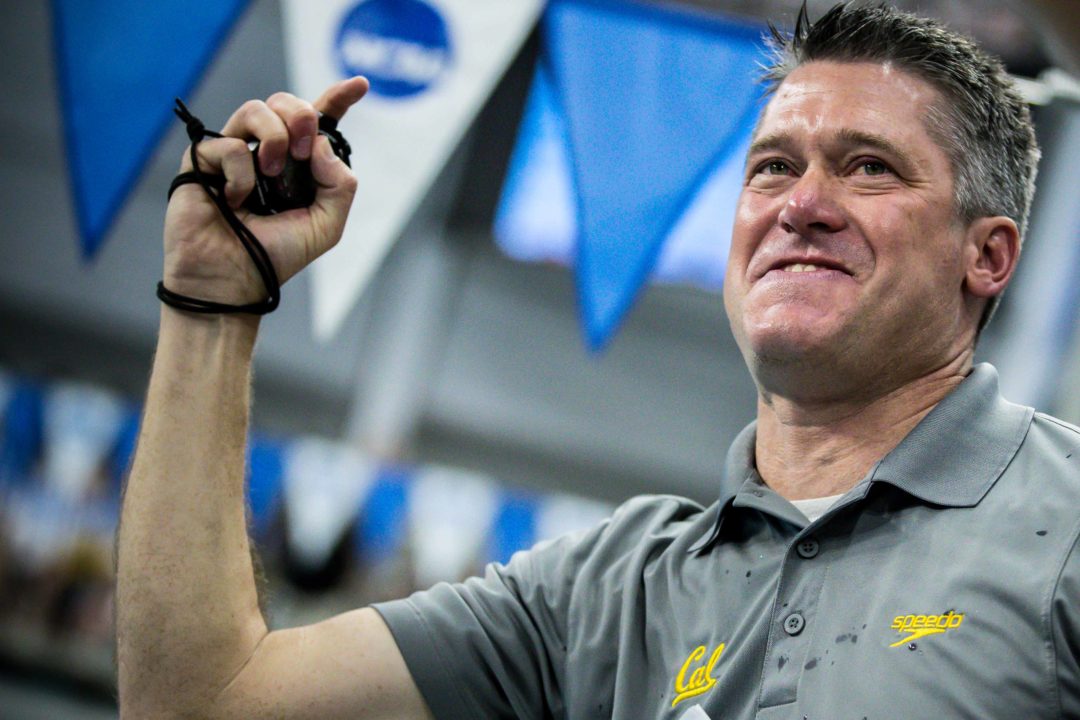 The California Golden Bears finally wrested back control of the team title from their rivals the Texas Longhorns, and their dominating peformance led to coach Dave Durden being named this year’s CSCAA Men’s Division I Swimming Coach of the Year.

Cal won this year’s title through a combination of depth and top-end speed. They had 20 individual A-finalists and 8 individual B-finalists. All five relays placed in the top three, and they earned four individual titles, three of which came from senior Andrew Seliskar.

CONGRATULATIONS Coach Durden! Well deserved. Hey who won Coach of the Year for Diving?? That is as important to teams which had divers at this meet!!!

This should have been Kevin Tyrell’s. That’s it, we’re crashing the economy at the next deep state meeting.

some game of thrones character