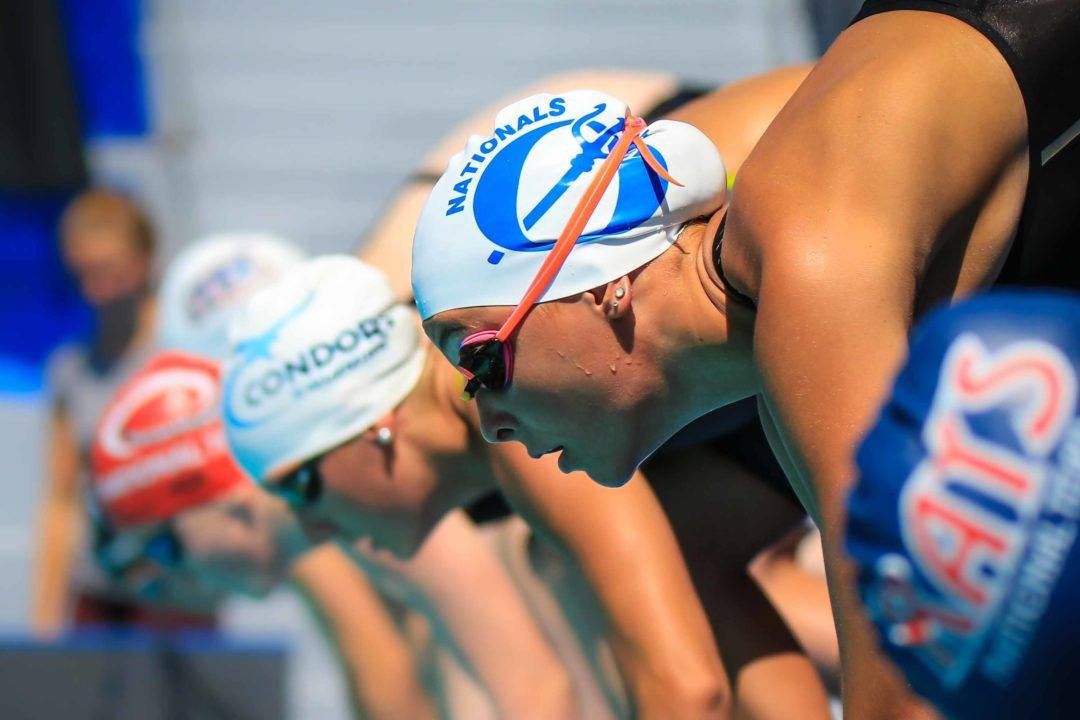 After finishing in second place for 2 years in a row, the Dowling Catholic girls won their first ever Iowa state swimming championship. Stock photo via Jack Spitser/Spitser Photography

The 2019 Iowa Girls High School State Championships had a historic finish, as the Dowling Catholic girls snagged their first-ever state championship title over powerhouse Ames. The girls of Ames won the IGHSAU state title for 4 consecutive years, yet had their streak snapped on Saturday.

This is the second time Ames had a 4-year streak snapped, as they won titles from 2010-2013 and missed out on a 5th-straight title when Pleasant Valley snapped their streak in 2014.

After the first 5 events, Ames had a 2-point lead over Dowling Catholic. However, Dowling Catholic gained on Ames during the remainder of the meet and defeated the 4-time champion Ames by 32 points.

Sydney Jorgense won the 1-meter diving final for Ankeny, which gave them the early lead heading into swimming and aided to their 3rd-place finish. Thanks to four individual wins, Iowa City West snagged 4th-place over the girls of Waukee.

The girls 200 medley relay nearly foreshadowed the dominant meet Dowling Catholic was going to embark on. The quartet of Katie Broderick, Mary Martin, Berit Quass, and Cassie Rounds clinched Dowling Catholic’s second-straight medley relay title with a 1:42.54, just half a second off the team’s 2018 state record (1:42.00).

After throwing down a sub-22 relay split, Ankeny senior Rumley won the individual 50 free final with a 22.53, missing the 2014 state record of 22.51 by two one-hundredths. Later, the Tennessee commit would sweep the sprint free events with her state record performance in the 100 free, winning with a 49.03.

Dowling Catholic then won the last three events to secure their first-ever state championship. Medley relay lead-off Broderick first broke the 100 back state record in prelims with a 54.57. During the final, Broderick and Ames’ Annie Galvin had a thrilling battle for the title after flipping 0.05s apart at the halfway mark. At the finish, Broderick defended her prelims top spot with a 55.53 while Galvin was runner-up at 55.74.

In the final event, the 400 free relay, it became a tight battle between Dowling Catholic and Iowa City West. From the Iowa City West girls, Roghair (49.86) and anchor S. Martin (49.57) both swam the only sub-50 splits of the event. However, it was not enough to catch newly-minted state record-holder Broderick.