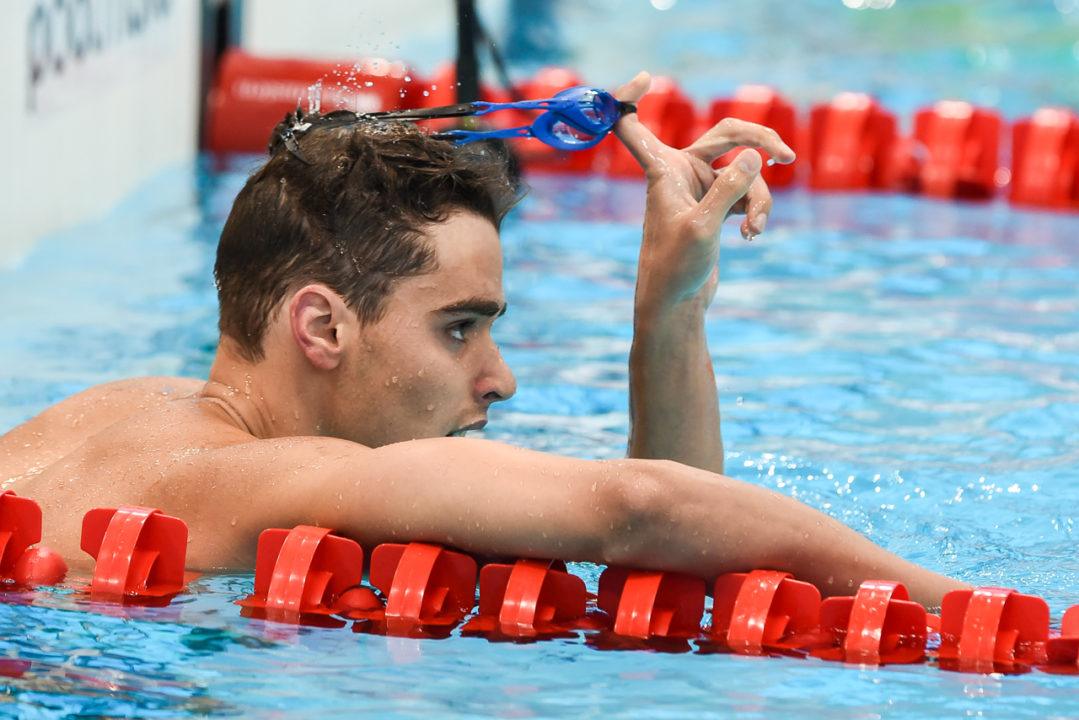 Not a race went by today in Glasgow where a national record didn't go down. Greek athlete Apostolos Christou was among the record breakers. Archive photo via Peter Sukenik/www.petersukenik.com

Marius Kusch of Germany, for example, busted out a lifetime best of 49.06 to take the men’s 100m fly and enter a new national record onto the books. Melanie Henique was equally dangerous in the women’s 50m fly, with the French woman producing a winning mark of 24.56 for a new national standard en route to gold.

Russia capped off the session with a World Record in the mixed medley relay, keeping the nation atop the overall medal table through 2 days of action.

However, there were numerous additional national records broken from swimmers not necessarily making it onto the podium Let’s take a look at more fast swims from nations around Europe at Tollcross tonight.

Richard Bohus also set a new Hungarian NR in the 100 back. Cutting 4 tenth from his morning swim which in turn was 0.2s under his previous Hungarian Record from last year’s Hungarian Short Course Championships.