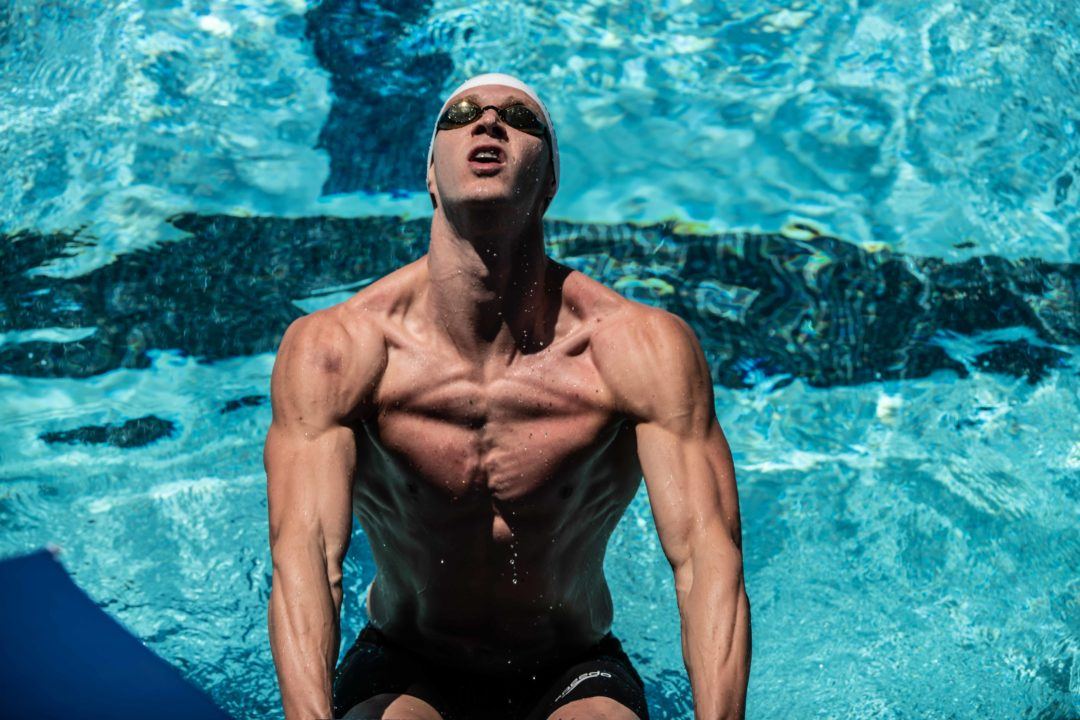 Ryan Murphy is in position to sweep the men's backstroke events at the Pan Pacific Championships. Archive photo via Mike Lewis/Ola Vista Photography

American Ryan Murphy is in position to sweep the backstroke events at the 2018 Pan Pacific Championships just as he did two years ago at the Olympic Games.

In Rio, Murphy continued the tradition of American excellence with gold medal victories in both the 100 and 200 back, and finished the meet off in spectacular fashion with a world record lead-off leg on the U.S. medley relay that also won gold. 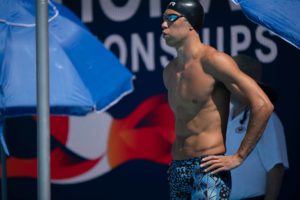 After such overwhelming success, he was relatively off form at the 2017 World Championships with a bronze in the 100 and silver in the 200, not to mention being placed on the prelim medley relay as Matt Grevers took over the finals spot.

Now re-focused and locked in, Murphy will seek his first Pan Pac titles in Tokyo after an outstanding showing at U.S. Nationals. He swept the backstroke events in Irvine, posting the fastest time in the world this year in the 100 back, the 2nd in the 200, and additionally broke the American Record in the 50.

He enters Pan Pacs with Grevers his main competitor in the 100, and his California teammate Jacob Pebley his top challenger in the 200.

No one in the U.S. has consistently been sub-53 other than Murphy and Grevers, so neither should have a problem finishing top-2 and advancing through to the final (though Justin Ress has been a quick 53.26 this year). They’ll be the two battling for the gold, but Murphy looks like he could potentially challenge his world record of 51.85. While I do think Murphy will win, Grevers can’t be counted out, as last year he went 52.71 at World Trials and then 52.26 at Worlds, and was faster at Nationals this year (52.55). 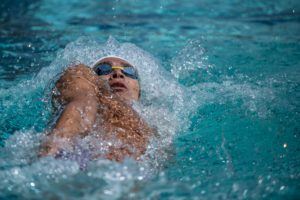 The battle for bronze in the 100 will likely come down to Australia’s Mitch Larkin and Japan’s Ryosuke Irie. The edge goes to Irie, who has been 53.08 in-season this year while Larkin was 53.14 tapered at the Commonwealth Games. The Australian was firing off 52-second swims at will in 2015 and 2016, but hasn’t been under 53 since Rio. Markus Thormeyer (CAN) and Bradley Woodward (AUS) are the only two others entered who have been under 54 this year. Javier Acevedo (CAN) and Masaki Kaneko (JPN) will also be in the mix having been 53 last year.

Pebley has been 1:54.7 each of the past two summers and leads the battle for silver, with Irie looking like a potent challenger having been a quick 1:55.5 at the Columbus Pro Series. Larkin looked better at Aussie Pan Pac Trials (1:55.40) in this event than he did at the Commonwealth Games (1:56.10) but we’ll see if he can hit the 1:54 that will likely be required to medal.

Thormeyer, Woodward, either Kanako or Keita Sunama for Japan, and Brazilian Leonardo de Deus will also be expected to be among the ‘A’ finalists in the 200.

HOW MANY KATZ KIDS ARE THERE???

Irie has been good all season of course I’d like that to happen, but he’s put up some good times!