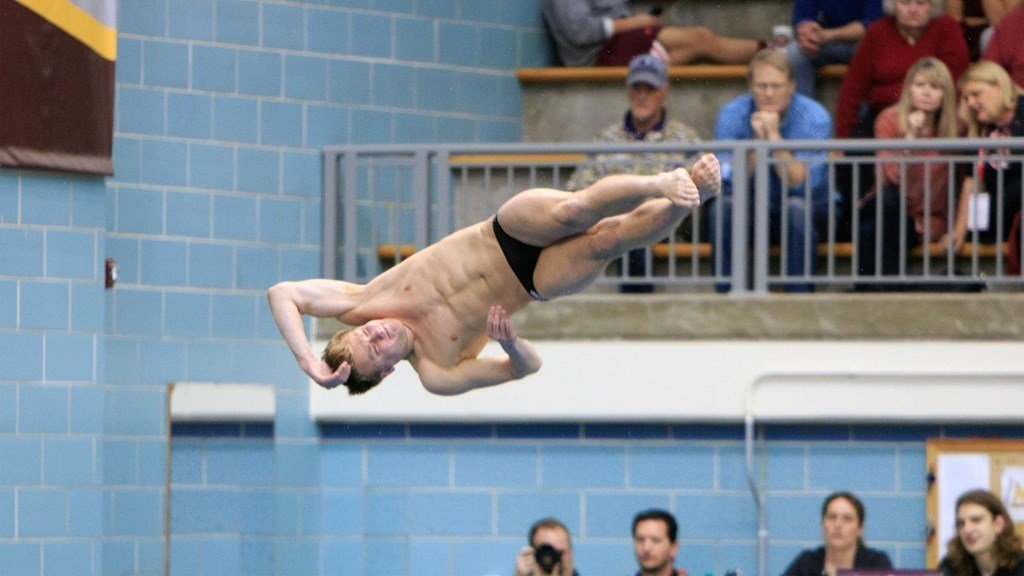 Duncan was the ACC Champion on both springboards in 2018. Archive photo via Arizona Athletics

2018 ACC Diver of the Year Greg Duncan will transfer from the University of North Carolina to Arizona, and have 3 years of eligibility remaining. He will be eligible to compete immediately as a sophomore during the 2018-2019 season.

Last season, Duncan was one of two UNC men who qualified for the NCAA Championships, along with Michael McBryan, and he finished 11th in the 3-meter springboard event to score the Tarheels’ only 6 points at NCAAs. That made him the 2nd-highest scoring freshman in that event, and one of just 3 nationally to score. A springboard specialist, he was also 23rd in the 1-meter event.

Duncan was the ACC Champion on the 1-meter and 3-meter events last season He was the only North Carolina diver to finish in an A-Final at last year’s ACC Championships (where he did dive platform, but was just 31st out of 33 competitors).

Arizona didn’t qualify any divers for the men’s NCAA Championship meet last season, but had a national champion as recently as 2012 when Ben Grado won the platform. Arizona announced earlier this month that they had hired John Appleman as their new head diving coach. Appleman formerly coached at the Dominion Dive Club in Fairfax, Virginia, where he was Duncan’s first diving coach, and Appleman was a coach of the 2016 American World Junior Championships Team of which Duncan was a member.

They all seem to be quitting swimming instead.

You seem to have insider knowledge. So instead of posting a cryptic comment, why not give insight as to why you think he won’t be the only one?

I don’t have first hand knowledge, but as an alumni who has watched the men’s UNC program do a death spiral since Mike Litzinger left I would not be surprised at all. The recruiting has been non-existent on the men’s side. This is about as low as you can get. This program should not be in this place given how good the school, the campus and the facilities are. Only one person to blame at this point. Hate to say it because I love my school/swim team but it is very disappointing.

I highly doubt Duncan’s decision to leave UNC had anything to do with the swimming staff.

That’s like saying a high jumper is going to transfer from a college track and field program because the long distance track coach hasn’t been as successful as they previously were.

You don’t think thats there’s a slight possibility he may have clashing views with the diving coach? Just maybe? Perhaps a little? On the off chance?

Not referencing the diving coach as “Mike in Dallas” said diver/swimmer. Make sure to read the comments first next time……..there were only three of them.

According to the article his first diving coach is now the Arizona diving coach. That may have something to do with his decision to transfer to Arizona.