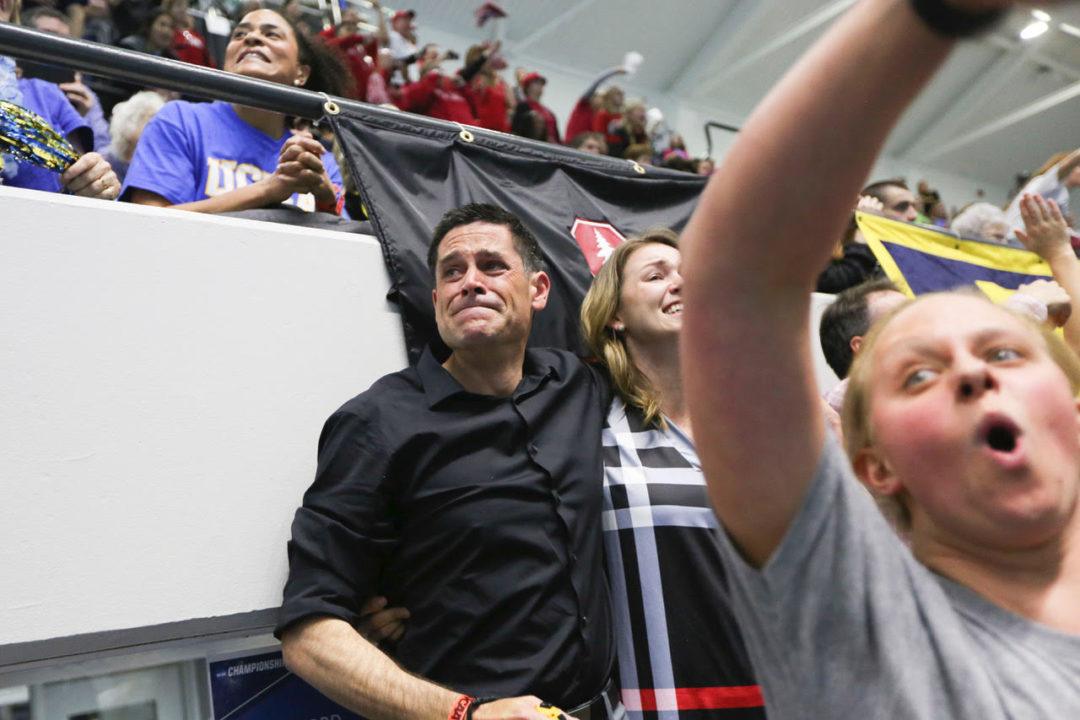 Kathleen Baker with her 200 back first-place trophy.

Kentucky’s Ali Galyer, Danielle Galyer, & Asia Seidt embrace after all swimming the A final of the 200 back. Seidt was third.

Simone Manuel of Stanford after becoming the first woman under 46 in the 100 free.

Georgia poses with their fourth-place trophy.

Stanford with their 2017 National Championship trophy.

Kathleen Baker, Swimmer of the Meet

Are you sure that’s Stanford in the photo captioned, “Stanford poses with their first-place team trophy”? It looks like Georgia to me.

The photo of Greg Meehan is beautiful. It shows how proud he is to be Stanford’s coach. It also shows how much appreciation and love he has for Lia Neal. I bet he will remember that moment for years