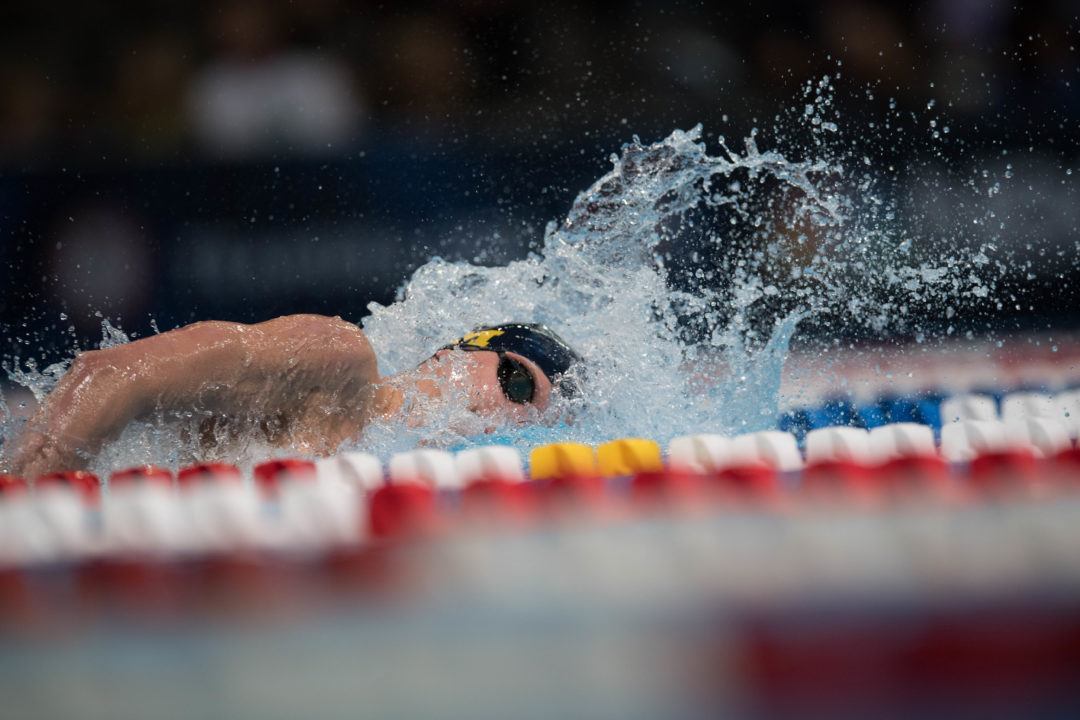 After a Thursday that included three event wins and two 1-2 finishes, the Indiana Hoosiers appeared to be in the driver’s seat at the 2017 Men’s Big Ten Championships.  However, the team title race tightened up this morning, as both the Michigan Wolverines and Ohio State Buckeyes put together great morning sessions. Both squads are projected to outscore the Hoosiers by at least 50 points tonight, with the Buckeyes in line to make up close to 100 points.

Michigan had easily the best swim outcome of the session, bolstered by their 100 fly (two up, three mid) and 400 IM (four up) performances.  Ohio State was steady throughout the session before exploding in the 100 backstroke, putting four swimmers in the A-final and two in the B-final tonight.  The Buckeyes also put three divers in tonight’s 3-meter A-final.

The Hoosiers did have a strong morning, as well.  Unsurprisingly (given their 800 free relay performance earlier in the meet), they put four swimmers up in the 200 freestyle, and could pull off a 1-2-3 finish tonight with Blake Pieroni, Marwan El Kamash, and Mohamed Samy (though Michigan’s Felix Auboeck will certainly be in the mix).  In addition, Indiana has two divers (Michael Hixon and James Conner) projected to finish in the upper half of the A-final tonight.

The last day is going to be very interesting. Indiana is going to get their points in the 100 free and diving, but Michigan tends to the longer end of the spectrum in the stroke events so I’d expect their 200 back/breast/fly to score as good or better than the 100 version of those events are going to (they could have 4 guys in the A finals of the 200 back and 200 breast vs 1, maybe 2 even scoring for Indiana in those events). Not to mention the 5 they could have scoring in the mile.

Still may not be enough to catch up.

There’s some decimals in the projections, so point totals are rounded.

Should make for a very interesting final tomorrow! Go Hoosiers!