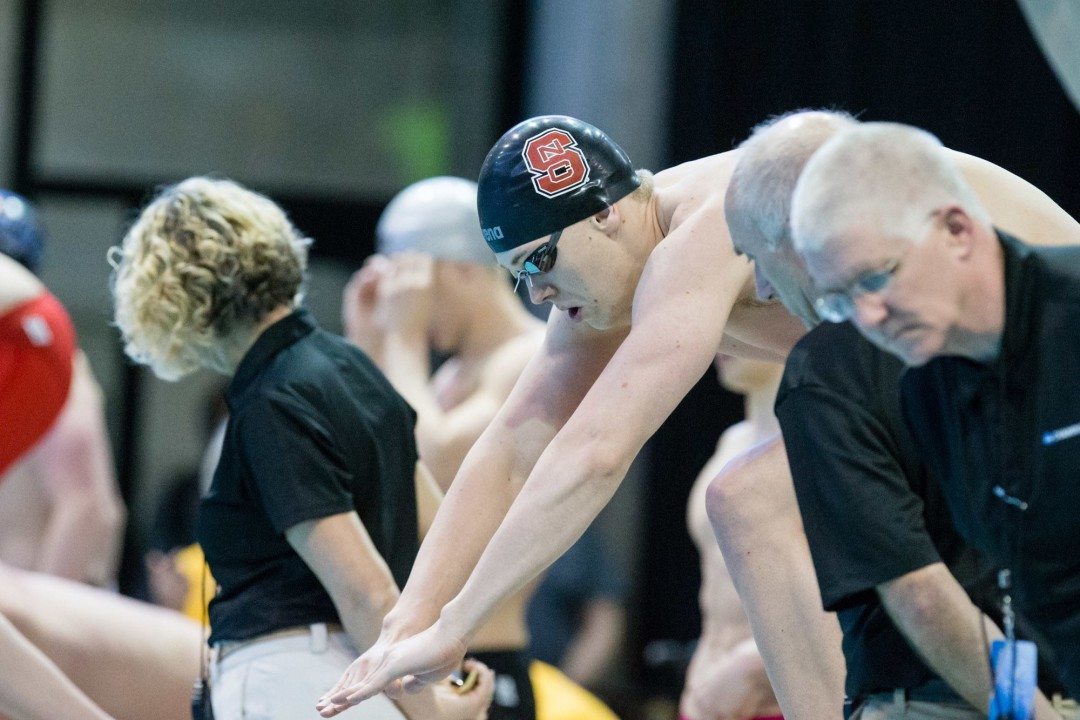 The NC State Wolfpack led the way with 11 A-finalists coming out of Wednesday’s morning session at the 2017 Men’s ACC Championships, but the Louisville Cardinals kept up the pace with 14 swimmers in the top 16 tonight.  Both teams carried a relatively balanced attack, with at least one A-finalist in each event, but tonight’s 100 fly will be a race to watch; Wolfpack and Cardinal swimmers will account for six of eight people in the A-final.

The Cardinals’ strong morning will definitively move them into second place past Virginia Tech tonight.  The H2Okies will be looking to hold off a deep Notre Dame team that is slowly making up ground.

Interesting to note that UVa has 10 freshman and sophmore scorers – more than any other team (NCSU and LVILLE have 5 each), future bodes well for the ‘Hoos.

Virginia with just one more A final than FSU but expected to score 50 more points, calculation error?