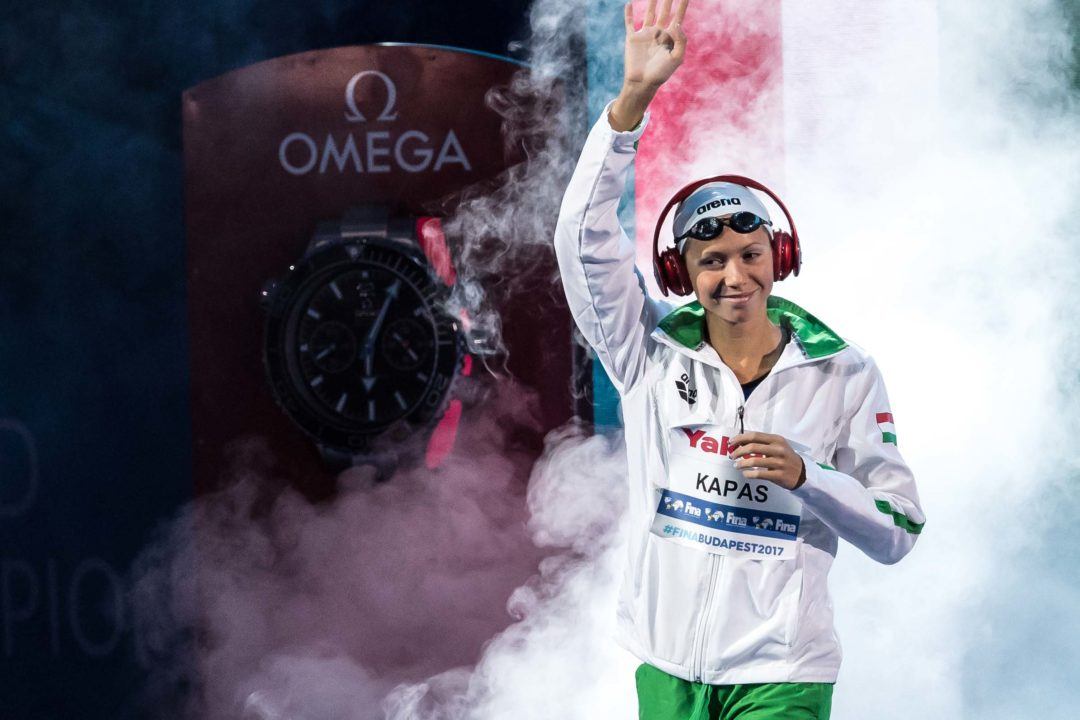 Shortly after we saw a surprising no-show from Caeleb Dressel in the men’s 50 fly, another one came in the women’s 400 free as 2017 European Champion Boglarka Kapas didn’t show for her heat.

Kapas won that European title last December in a time of 3:58.15, one of the few SCM Hungarian Records not held by Katinka Hosszu. She came into this event as the 2nd seed behind only world record Wang Jianjiahe of China.

This was Kapas’ final individual event of the competition. She placed 24th in the 200 freestyle heats in a time of 1:59.41, over three seconds off her lifetime best of 1:56.25, and then she also didn’t swim her preliminary heat in the 800 where she came in as the #3 seed.