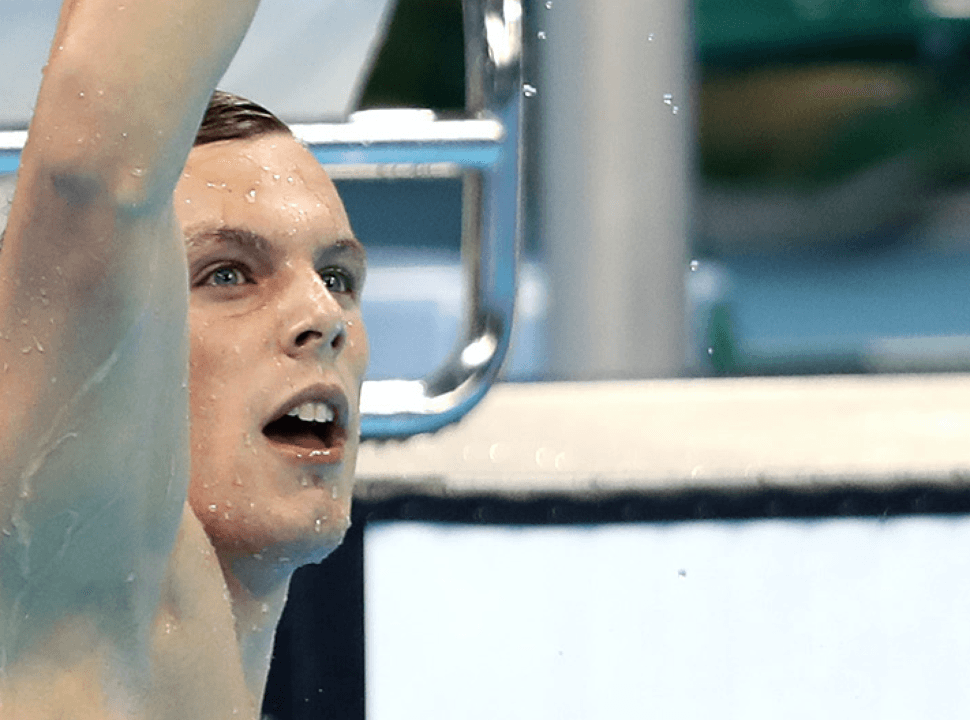 What a difference a year can make, as Australian Kyle Chalmers soars from being recognized as an Honorable Mention in our World Junior Swimmer Swammy category in 2015 to the outright winner of our Oceania Male Swimmer of the Year acknowledgement for 2016. The skyrocket to fame is primarily compliments of Chalmers’ gold medal victory in the men’s 100m freestyle at the 2016 Olympic Games, although the 18-year-old’s star has long been on the rise.

At just 16 years of age, the Adelaide born and bred sprint thoroughbred broke Cameron McEvoy‘s 100 LCM national age group record by nearly a full second to establish himself as a freestyle force domestically. Internationally, at the 2015 World Junior Championships in Singapore, Chalmers nailed a double title-winning sprint sweep, claiming golds across the 50m and 100m freestyle races. Chalmers wrote a new World Junior Record into the history books in the 100m along the way.

The crystallization of Chalmers as a viable medal-contending threat for Rio came when the Marion Swimming Club stud scored a man-speed-worthy time of 48.03 to finish only behind McEvoy at the 2016 Australian Championships (Olympic Trials). With his performance, Chalmers clinched an individual spot on the Aussie Rio roster ahead of such heavily experienced athletes as James Magnussen, the 2012 Olympic silver medalist in the event, and James Roberts.

Flash forward to Rio and Chalmers threw down a near-perfect time progression in the men’s 100m freestyle from heats to semi’s to finals to smartly race in a manner well beyond his years. He marked his territory right off the bat by firing off a 47.90 new World Junior Record in heats, the first time he’d ever earned a mark below the 48-second threshold. That was erased immediately in semi-finals, where Chalmers notched a new WJR mark of 47.88, which he eventually lowered to 47.58 to claim the gold medal in history-making fashion. Chalmers stunned a stacked field composed of national record holders, an Olympic champion and seasoned veterans to become Australia’s first male Olympic champion in the event in 48 years.

Instead of capping off his year with the individual Olympic gold and two relay bronze place finishes, Chalmers churned on, racing at two stops of the FINA World Cup Series. Within a matter of days, Chalmers set, then lowered, a new World Junior Record in the short course meters version of the men’s 100m freestyle event, taking it down to a super swift 46.12.

Nice article. Tough call between Horton and Chalmers. Both of them hit wicked fast times, won gold medals, and showed that they can deliver under serious pressure. Horton beating Sun was one of my favorite Rio moments (Chalmers’ 100 free was also great, but also kind of a bummer since I was really rooting for a Nathan Adrian repeat).