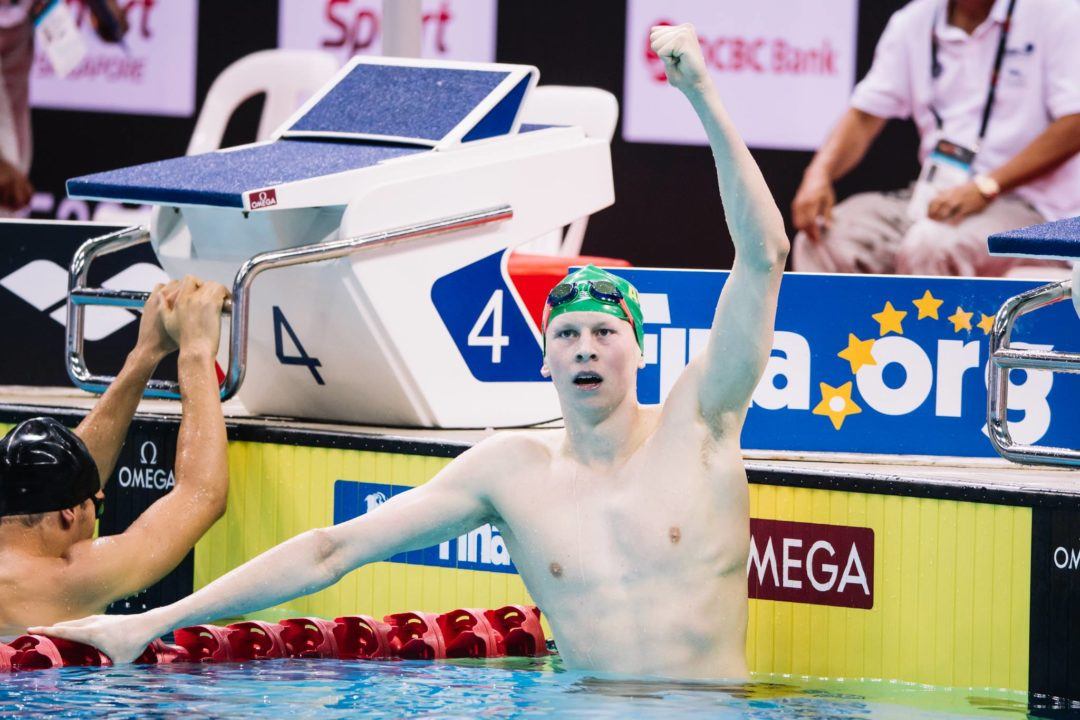 The final weekend of August will play host to the 2016 Queensland Short Course Championships Brisbane at the Sleeman Aquatic Center in Chandler.

The Championships will display Queensland’s current and future champions in the pool. All of Queensland’s biggest and most competitive clubs will be competing across the weekend:

Highlights of the meet are expected to be the Men’s 100m freestyle, with Olympian Tommaso D’Orsogna, world youth 50m Butterfly champion Cameron Jones, and 2013 Australian World Championship team member Alexander Graham set to do battle in the 4 lap splash and dash. D’Orsogna will be chasing his current Queensland short course record of 46.13 seconds.

Young Queensland swimmers to keep an eye on over the course of the meet will be junior world championship medalist Joshua Parrish in the Men’s 400m Freestyle, who will be hoping to sneak under his current short course personal best of 3.44.47. Junior world champion Clyde Lewis, who is trained under world renowned coach Michael Bohl, will be hunting for a successful weekend in the Men’s 200 backstroke, 200 IM, and the 400 IM. Clyde is fresh off his success at the 2015 Junior World Championships, who stormed home in the 200IM to proclaim gold in a time of 2:00.15.

The Championship will showcase the depth of Queensland’s age group swimmers, who are well into their journey of chasing the upcoming 2018 Commonwealth Games, to be hosted on the Gold Coast. Undoubtedly with the goal to race for Australia at the 2020 Tokyo Olympic Games as an Australian Dolphin.

All races over the progression of the meet will be timed finals, expect fast and hard swimming from all athletes young and old.

Tickets can be purchased online at Queensland Swimming and at the gate on competition day.

Good luck to Clyde, be interesting to see how quick he can go!

Hopefully Tommaso will be able to get back into world class form in the 100 fly and free. Let rip Tommaso!

More from Luke Goldsworthy
See All