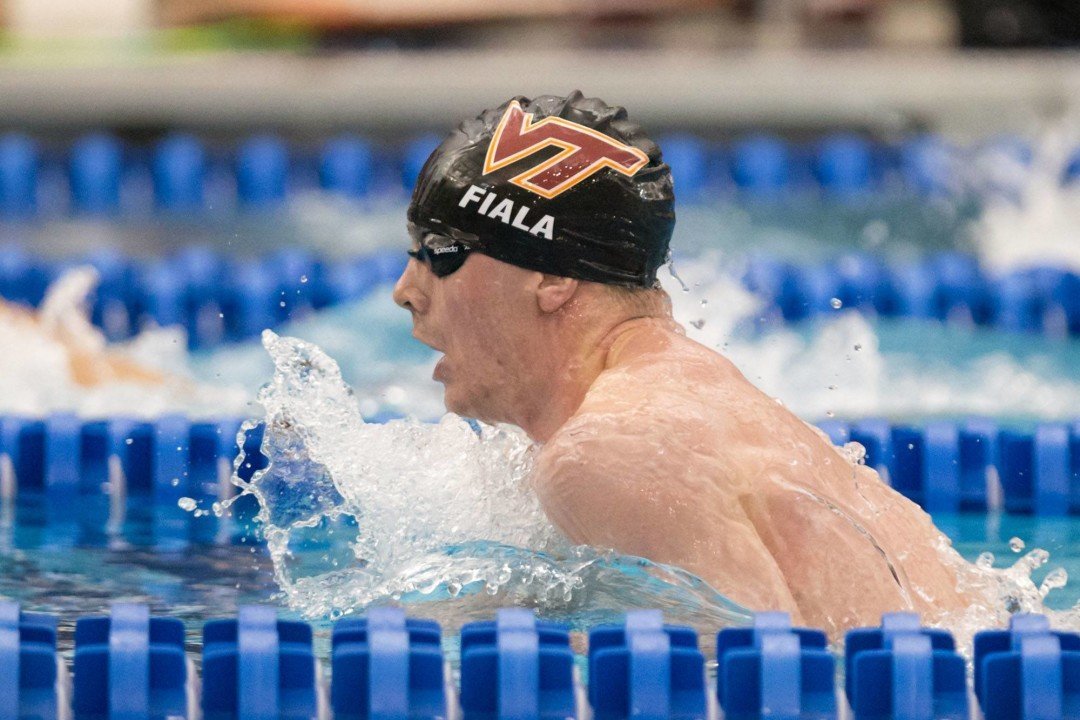 BLACKSBURG – Virginia Tech swimming and diving head coach Ned Skinner has announced an impressive 2016-17 schedule that will pit the H2Okies against tough competition from the ACC and opponents! from the Power 5 conferences.

Both the men’s and women’s swimming programs registered top 25 finishes at the NCAA Championships last season and, along with diving head coach Ron Piemonte’s squad, return a solid core that will go up against the challenging schedule.

“I feel like this is one of the best schedules we have assembled,” said Skinner, who enters his 19th season leading the H2Okies. “We will face plenty of stern competition within the ACC as well as opponents from the other Power 5 conferences including the Big Ten, Big 12 and SEC.”

After an intraquad at the Christiansburg Aquatic Center on Sept. 23 at 4 p.m. and a trip to the FGCU Swimming Classic, the H2Okies will kick off the home slate against Penn State on Oct. 15 at 11 a.m. Tech will later face Cincinnati and Rutgers for Senior and Parents’ Weekend from January 20-21, one of Tech’s six regular-season events at the CAC this season.

“We continue to showcase the beautiful Christiansburg Aquatic Center as we host multiple home events and the Fall Invitational, which will feature representatives from seven different conferences,” Skinner said. “Starting the season in Florida will be a fun start for our swimmers and the sequences of meets heading into ACCs and NCAAs should prepare us well for the championship season.”

This is courtesy of Virginia Tech Athletics.