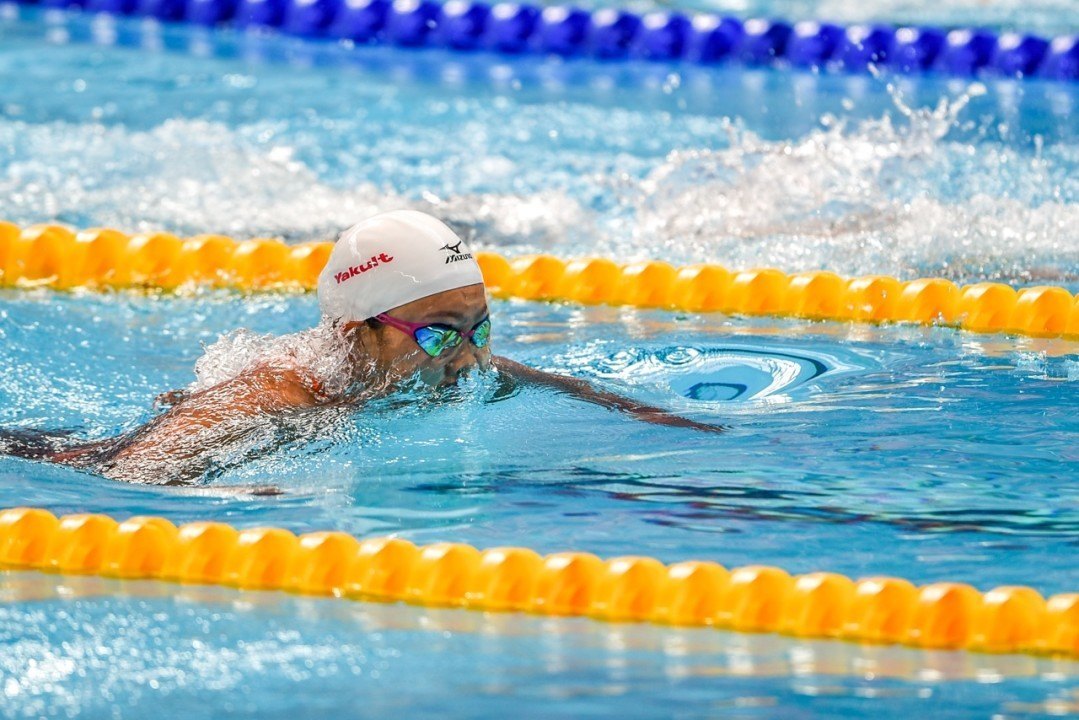 Japan‘s Kanako Watanabe was disqualified during the women’s 100 breaststroke prelims.

Watanabe, who finished 4th at the 2015 World Championships in this event (only a hundredth away from bronze), is out of the race and has only the 200 breast left to focus on.

Though she wasn’t expected to be a medal contender in this race, as she’s much stronger in the 200, Watanabe swam a 1:06.43 last summer. That time, had she swum it this morning and not been DQ‘d, would have put her in the top 8 after prelims.

Japan‘s hopes in this race are not lost, though, as Satomi Suzuki swam a 1:06.99 this morning and will compete in tonight’s semifinals for a spot in the final tomorrow night.

It’s unclear as of the time of this publication why Watanabe was disqualified this morning, though breaststroke DQ‘s typically have to do with extra dolphin kicks during pullouts.

Apparently the DQ was overturned. She swam in the first semifinal that night.

Pedersen had obvious dolphin kick at the start today

I saw they DQed her, but based on what I can see in the US TV feed, I see nothing wrong with her start, either touch or either pullout (single dolphin, pull, kick, head up in first stroke). That left me wondering whether it might be pushing off on the turn more on the back than the breast. She would have just barely made the semis.

She probably was DQd for not using meldonium