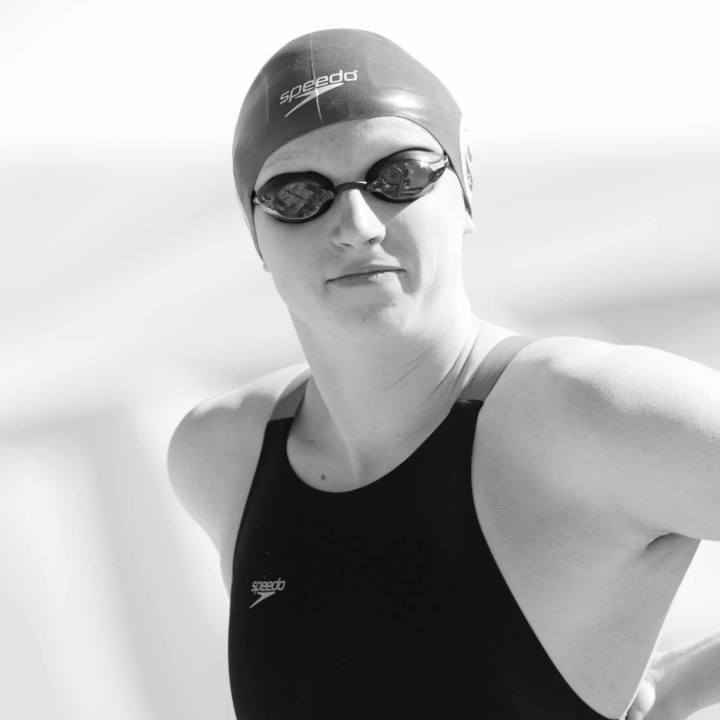 American swimmer Katie Ledecky has swum the second-fastest 400 meter freestyle in history and broken the Olympic Record with a 3:58.71. She was ahead of World Record pace at some moments in the swim, but wound up just off that pace by about three-tenths of a second, but did break the 4:01.45 Olympic Record set in 2012 by the late Frenchwoman Camille Muffat.

Muffat swam the race at the last Olympics in London before retiring very young and passing away in a helicopter accident in March of 2015.

While Ledecky has been the undeniable best in the world in this event over the last three years, she didn’t qualify to swim it at the 2012 Olympics.

With a four-second margin over the rest of the field in this 400 free, the World Record will be Ledecky’s biggest competition in the final. Here’s how her splits from the morning compared to her World Record swim of 3:58.37 from the 2014 Pan Pac Championships.

To do so she has to be faster than relay of four ye shiwens each doing her historical spurt at freestyle leg in 400IM race in London. 🙂

Of course her achievements are becoming legendary. Let us see what she does tonight.

Just one question to SwimSwam editors: isn’t it about time to get a better, more attractive, *color* picture of Katie for your otherwise outstanding website? Have asked numerous times before. Surely you can do better than this photo, yes?

Considering that she was able to come back faster than WR pace and just went out slower shows just how much she had left in the tank. I’d say low 3:57 would be the slowest she could go tonight. Can’t wait to watch!!