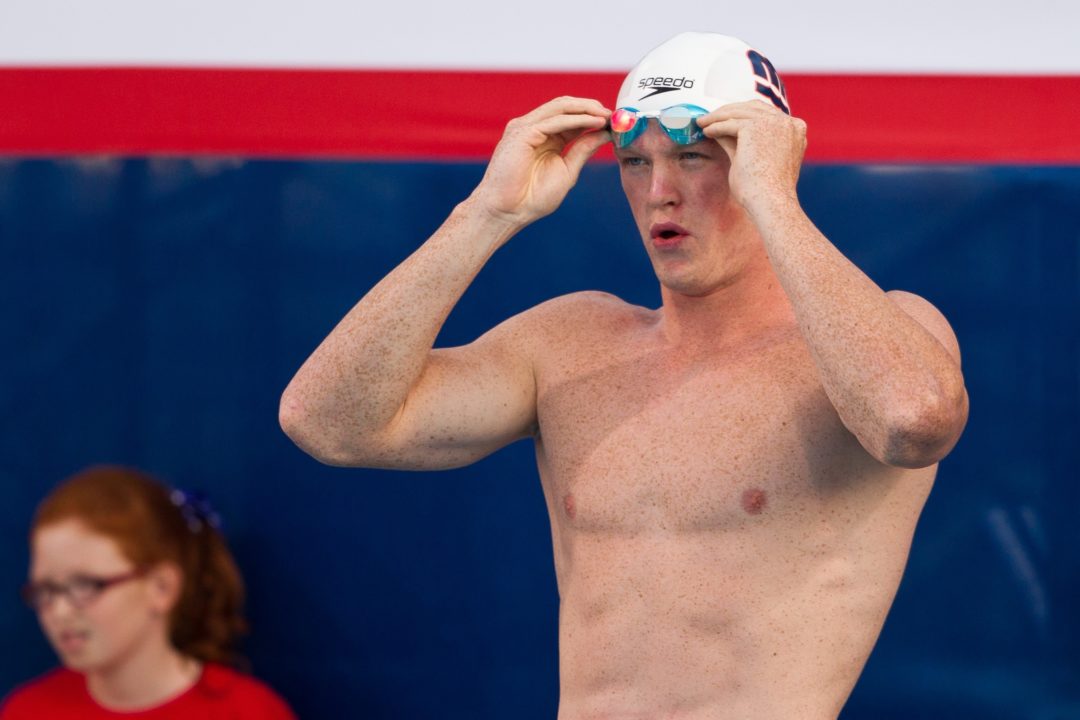 Josh Schneider's 50m freestyle win added another gold to the United States' total of 9 through four days of competition in Toronto. Archive photo via Tim Binning/TheSwimPictures.com

The United States pulled away slightly in the medal table after tonight’s finals session, claiming 37% of the evening’s golds up for grabs. As of day 4, the Americans are the sole owners of both the highest number of gold medals and the highest number of overall medals with just one more day left in the competition. Nick Thoman, Katie Meili, and Josh Schneider added golds on the night for the stars and stripes, but two other countries saw at least two top-of-the-podium finishes in the session as well.

Three new countries are now represented on the medal table after finals, as Jamaica, Venezuela and Trinidad and Tobago each had a top-three finisher tonight.  Alia Atkinson took home a silver in the women’s 100m breaststroke for Jamaica, Andreina Pinto wrangled in silver in the women’s 400m freestyle and George Bovell wound up with bronze in the men’s 50m freestyle event.

Just one gold medal separates the U.S. from Brazil and the total medal counts are still extremely close as we head into the final day of competition.  The women’s 800m freestyle/men’s 1500m freestyle, men’s and women’s 200m IM and the men’s and women’s 4x100m medley relay are the events remaining on the schedule for Saturday.