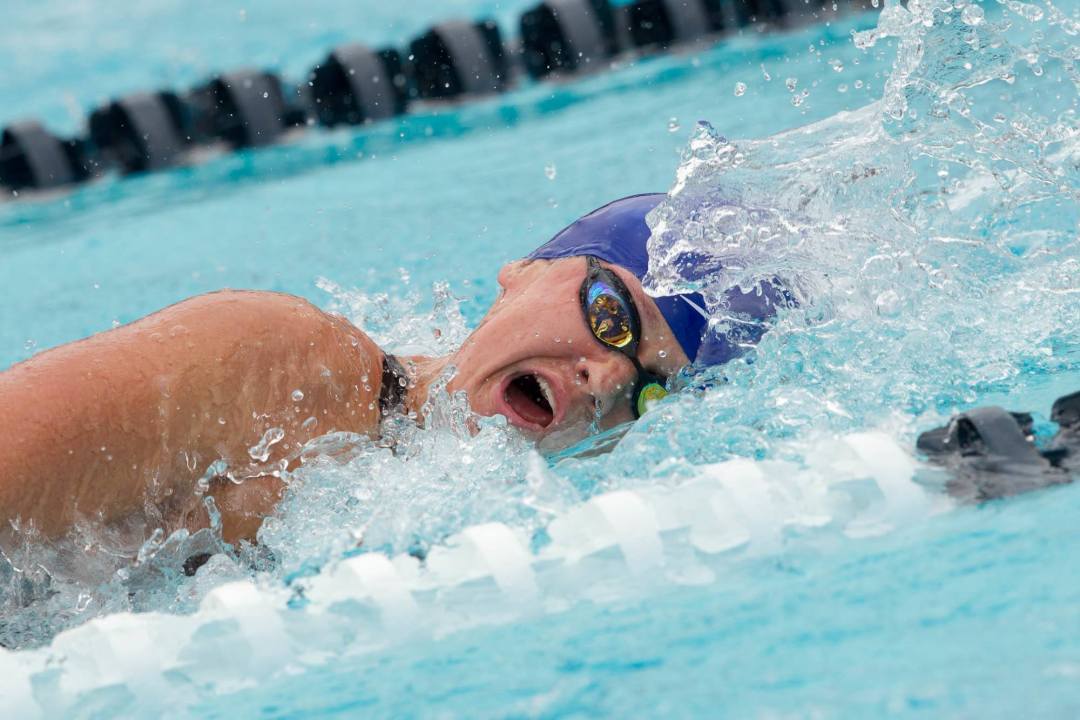 Daniela Georges from the Irvine Aquazots in California has verbally committed to the Arizona Wildcats. Georges was ranked as our... Archive photo via Tim Binning/TheSwimPictures.com

Daniela Georges has verbally committed to the University of Arizona.

Daniela Georges from the Irvine Aquazots in California has verbally committed to the Arizona Wildcats. Georges was ranked as our 17th-best female recruit in the class of 2015.

His yards bests are:

Overall, Georges had a very good year in 2014 and swam best times in most of her best events. Her taper, however, seemed to hit a little early coming off of the poorly-timed California high school season. She swam bests in the 50, 100, 200 and 400 freestyles plus the 400 IM before getting to Nationals in August.

She will contribute to Arizona in many ways as a freshman, both individually and in relays. At a minimum, Georges can expect to be on the Wildcats’ 800 free relay and earn individual invites to NCAA’s in the 200 and 500 frees, if she can match her best times.

Arizona coach Rick DeMont will be hoping for more from her, however. For example, her best time in the 500 free is already fast enough to have qualified to finals 13th at NCAA’s last year. She’s close to a finals-worthy time in the 200 free and the 200 fly as well.

While the loss of Quinn Carrozza, who changed her verbal from Arizona to Texas, will hurt, picking up Georges a week later will lift spirits in Tucson again.

Georges is the defending CIF Southern Section Division 1 (big school) state champion in the 500 free for Woodbridge High School and placed 2nd behind Cal commit Katie McLaughlin in the 200 free.

Georges is the 9th female swimmer to verbally commit, and retain that commitment, to Arizona this fall.