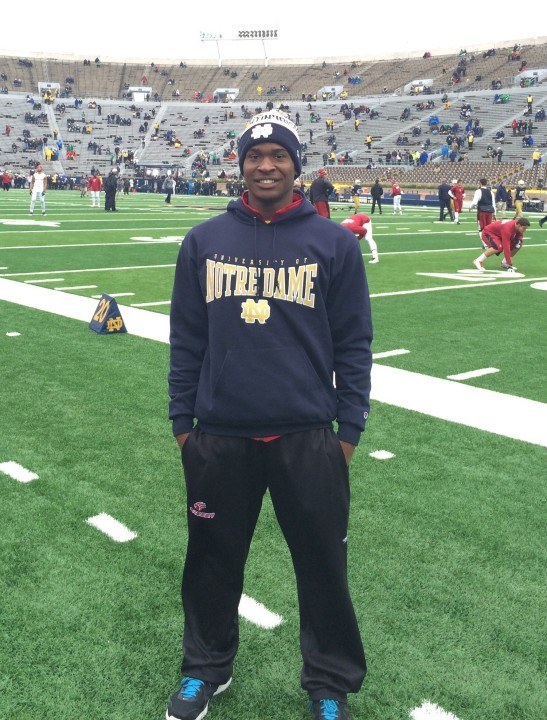 The Fighting Irish will add David Stewart to their roster for the 2015-2016 season. Current photo via David Stewart

The University of Notre Dame has received a verbal commitment from David Stewart, a senior at New Rochelle High School in New Rochelle, New York. Stewart will join the Fighting Irish next fall. He must have enjoyed his recruiting trip to Notre Dame this weekend, as he made his decision today.

While his times are not at the ACC Championship scoring level yet, Stewart may be needed in the 200 and 400 Free Relay during his freshman year. The Fighting Irish will be able to tap into Stewart’s potential soon, but his final high school season may prove that he can arrive at Notre Dame as an immediate contributor.

We can’t find that time in any results anywhere. If you can point us to it, we’d be happy to update.

Thank you for your response. It should be in my database of you search my times on usaswmming “deck pass” or the website. It was done in 2013 at the “Coupe Du Quebec” or “Canada Cup”. The date is 6/27/2013. Thanks!

Ahh gotcha. We don’t have access to deck pass, and didn’t see it in the public individual times search database. Looks like Canada Cup results didn’t make their way into that database, but found the result on Canada’s site. Adding now. Thanks!