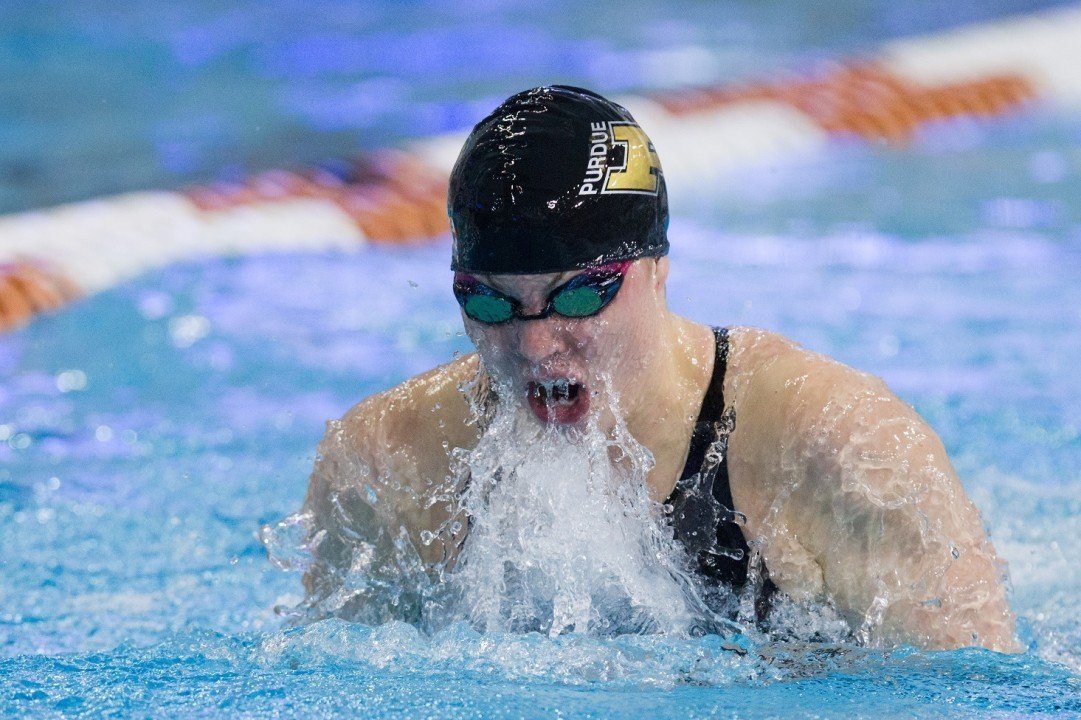 The Purdue men topped Eastern Michigan while the women’s Gold team won against the Black team tonight in West Lafayette.

For the men’s meet, the Boilers were dominant, winning most every event in the pool. They started off hot, winning the 400 medley relay with a 1-2 finish, then taking the next four individual events.