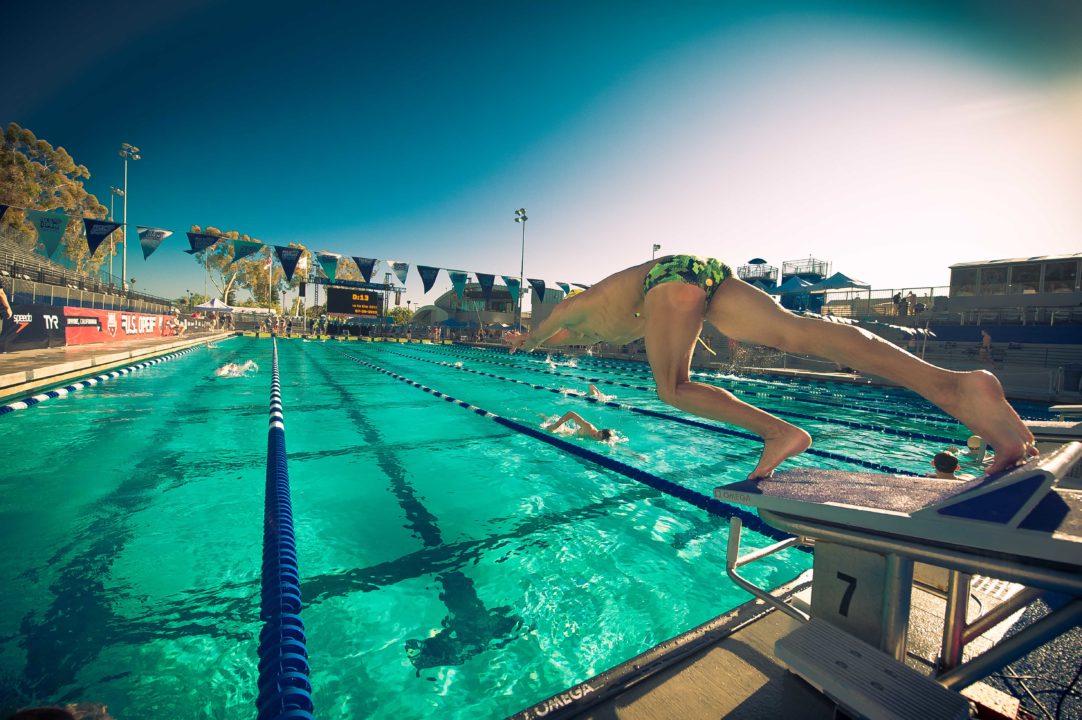 The meet began on Friday night with the 1000 free and 400 IM, where both girls and boys swum in the same session. On Saturday however, the event was split into two sessions by gender. After hosting three previous NOVA Senior Racing Challenge meets, the championship capped off the series. Only Irvine Novaquatics senior-age swimmers were featured in the meet.

On the second day of the meet, O’Dell cracked the 50-second mark in the 100 free after cruising to her first victory of the day in the 50 free with a 23.87. Her time of 49.95 was the only swim under 50 for the women’s 100 freestyle, but her teammates Maggie Schalow and Lindsay Ervin touched less than a second after her, finishing in 50.44 and 50.92, respectively. Ervin announced her commitment to Northwestern in January.

She also took first in the 100 fly, where she shaved off two seconds to post a time of 54.12. Schalow finished just behind O’Dell again, clocking in at a 54.36. Although she was not entered in any individual backstroke events, O’Dell led off her 200 medley relay in a 25.29, which was the fastest split of the event by roughly two seconds.

All three of O’Dell’s individual times meet the current USA Swimming Futures standard, and would have reached the 2019 Winter Junior National qualification times as well.

Other notable swims came from the women’s side, including many sizable time drops. Age-grouper Ariel Lin bettered her 200 free time by over 3 seconds, swimming a 1:52.61 and taking second to teammate Sophia Ribeiro’s 1:50.69. Lin swam the 100 freestyle later in the session, where she dropped almost a second to post a 52.14. 14 year-old Lia Wiyanto saw a similar time drop in her 200 fly, where she lowered her entry time of 2:10.47 by about three seconds.

Olympic Trials qualifier Morganne Malloy competed in the 400 IM, 100 breast, 200 breast, and both the 200 free and 200 medley relays. She touched first in the 200 breast at a 2:17.82, and was runner up in the 100 breast with a time of 1:03.88. Malloy, who is committed to swim for UCLA beginning in the fall of 2022, may possibly be competing at the CIF Southern Section Championships later this month before she heads to Trials in June.

On the men’s side, NOVA’s breaststroke prowess was evident. 16-year-old Matthew Lou cracked the 56-second barrier for the first time in his 100 breaststroke with a time of 55.86. Later during the session, he followed suit in the 200 breaststroke, where he broke the 2:02 barrier with a 2:01.98, dropping a half-second.

A few non-age-group swimmers competed in the meet and won events, including Joshua Hanson, Jesse Novak, Hayden Hemmens, and Ryan Abdollahi. Touching in a 1:47.55, Hanson saw one of the biggest time drops of the meet, with a nearly four and a half second improvement in his 200 back. Later in the meet, he bettered his 200 IM seed time of 1:51.10 by 1.25 seconds.