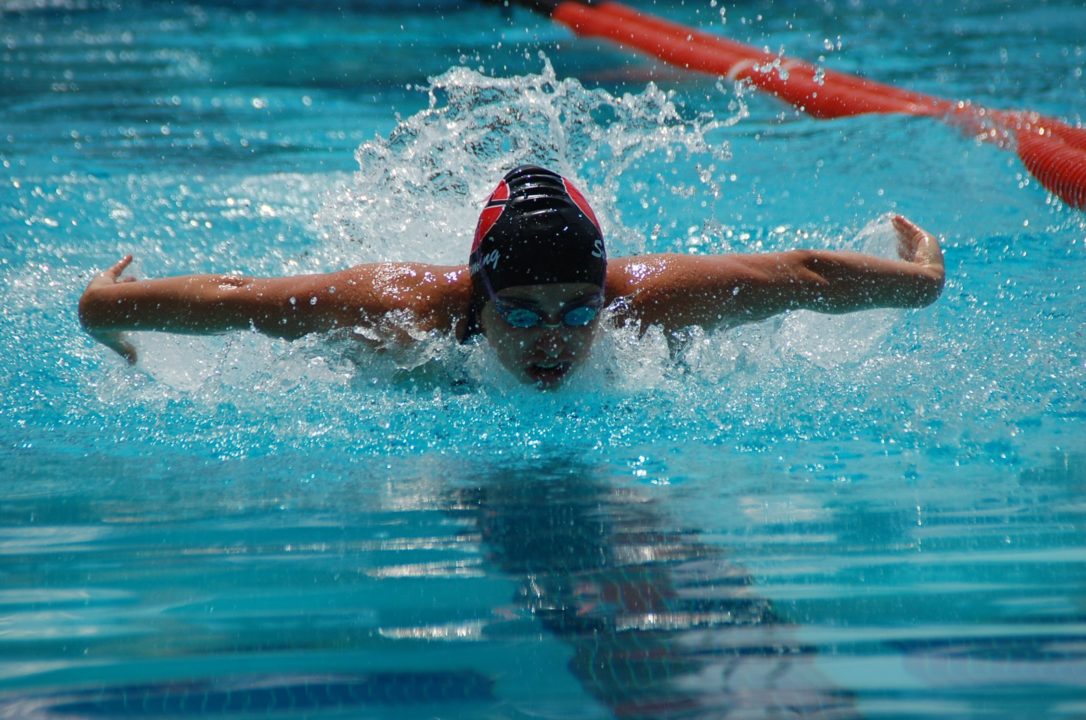 Nearly half the cuts in the East came out of the 200 IMs. In the first event of the second session of time trials, 15-year-old Isabel Ivey of Gator Swim Club went 2:16.99 to win the event – that’s a huge drop of nearly 3 seconds, and puts her well under the Olympic Trial cut of 2:18.69.

Second in that event was 16-year-old Dynamo product Evie Bragg, who went 2:17.80 to also qualify for next summer’s Trials.

On the boys’ side, a tight race between Jacob Montague and Thomas Cope saw both boys qualify under the 2:05.09 standard. Montague went 2:04.83 to win for the Grosse Point Gators, and Cope was 2:04.87 for the Dayton Raiders.

The mid-sprint freestyle races also saw several cuts. Kendall Dawson went 2:02.15 to win the girls 200 free, getting under the Trials cut for the first time. And Upper Dublin’s Michael Jensen won the boys race in 1:51.41, a new lifetime-best and new Trials cut.

The last two cuts in the East came out of the 200 backstrokes. Paige Madden of the City of Mobile Swim Association won the girls event in 2:15.18, dropping almost two seconds to qualify for Trials. Second was Kathleen Moore, who also got under the Trials cut with a 2:16.57 for the Triangle Aquatics Club Titans.

The West meet in Austin, TX saw a great girls 100 fly battle that ended in dual Trials cuts. Alexis Margett jumped to an early lead, but Ruby Martin surged back late as the two came to the wall together. The 17-year-old Margett ultimately won for Brea Aquatics, going 1:01.05 and the 16-year-old Martin of the Iowa Flyers went 1:01.15 for second.

North Bay Aquatics’ 17-year-old Mikaela Dahlke went 56.34 in the 100 free to sneak under another girls Trials cut in the first session. And in the second session, Irvine Novaquatics 15-year-old Isabelle Odgers added one more cut, going 2:34.82 in the 200 breast.