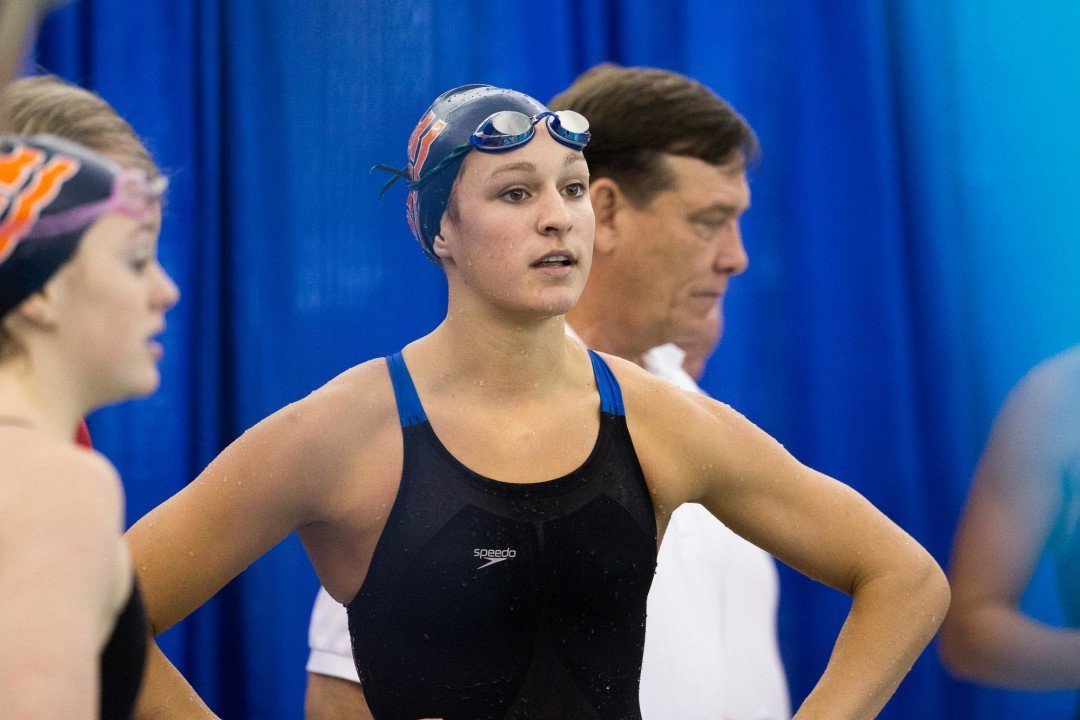 Once again, that group took down their former teammates’ record, set in the spring of 2014. The previous record was a 3:18.55 set by Kathleen Baker, Rebecca Postoll, Heather Merritt and Lauren Rhodes at the Charlotte Sectional meet. The current SwimMAC crew blew that record out of the water, taking nearly two seconds off it, and that is made even more impressive by the fact that the prior record had stood for 23 years before the 2014 SwimMAC crew broke it.

(You can read more about that here – the old record was from 1981 and included a leg by the legendary Sippy Woodhead.)

This time, though, the SwimMAC girls couldn’t quite knock off the 15-18 NAG record, which stands at 3:15.38 from the Carmel Swim Club.

Here’s a look at the splits of the three relays:

Once again, the 2015 SwimMAC crew rolled on consistency, becoming the first relay in that age group to place all four splits under 50 seconds, including two under 49.