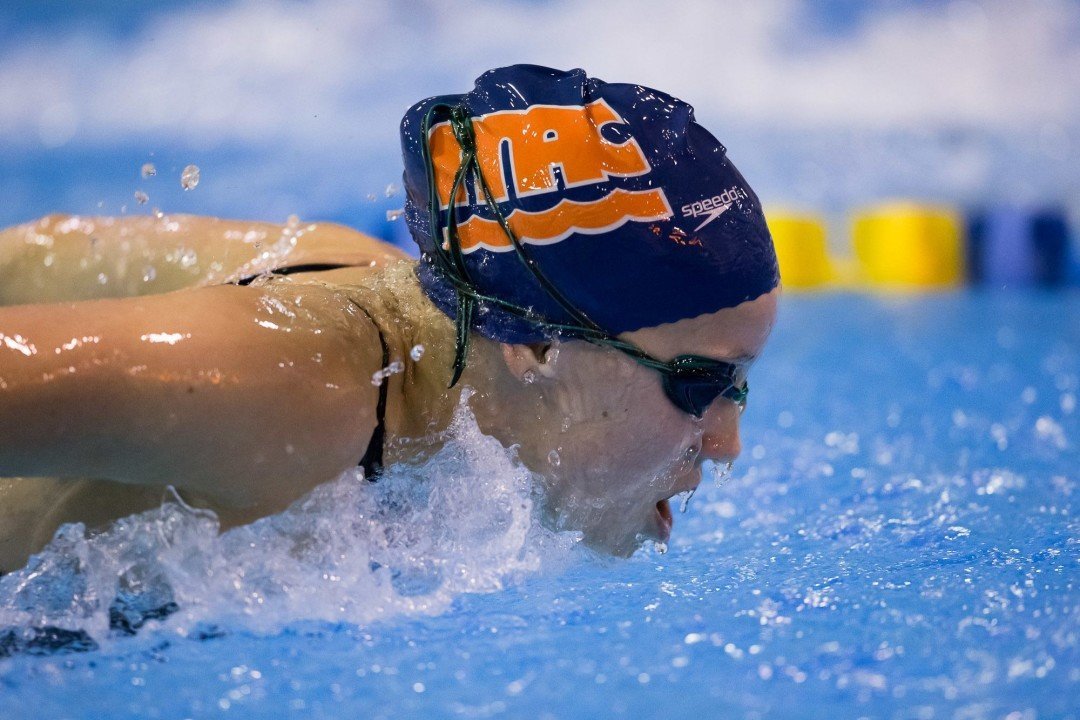 The girls of SwimMAC Carolina killed two bird with one stone, taking down the 15-18 and 17-18 National Age Group records with one great swim at the Speedo East Winter Junior Championships. Archive photo via Tim Binning/TheSwimPictures.com

Lappin, Merritt and Brown are 17 and Marsh is 18, putting the relay solidly in both age classes.

The old 17-18 record was held by a previous iteration of the SwimMAC relay from 2014 – interestingly enough, none of the swimmers are the same between the two SwimMAC relays. The old team was made up of Kathleen Baker, Caitlin Casazza, Elsa Welshofer and Lauren Rhodes and swam a 1:31.05 at the Tar Heel States meet in March of 2014.

SwimMAC’s 2015 team had a closer scrape with the 15-18 record, which was set this past March by the loaded Carmel Swim Club class. That relay of Veronica Burchill, Claire Adams, Kendall Smith and Amy Bilquist went 1:30.12.

A look at the splits of both previous records and the new unified record swim:

Neither SwimMAC relay had a single split as dominating as Bilquist’s 21.64, but the 2015 SwimMAC crew was remarkably consistent across the board, and got the best lead-off split of the three relays with Marsh’s 22.48.