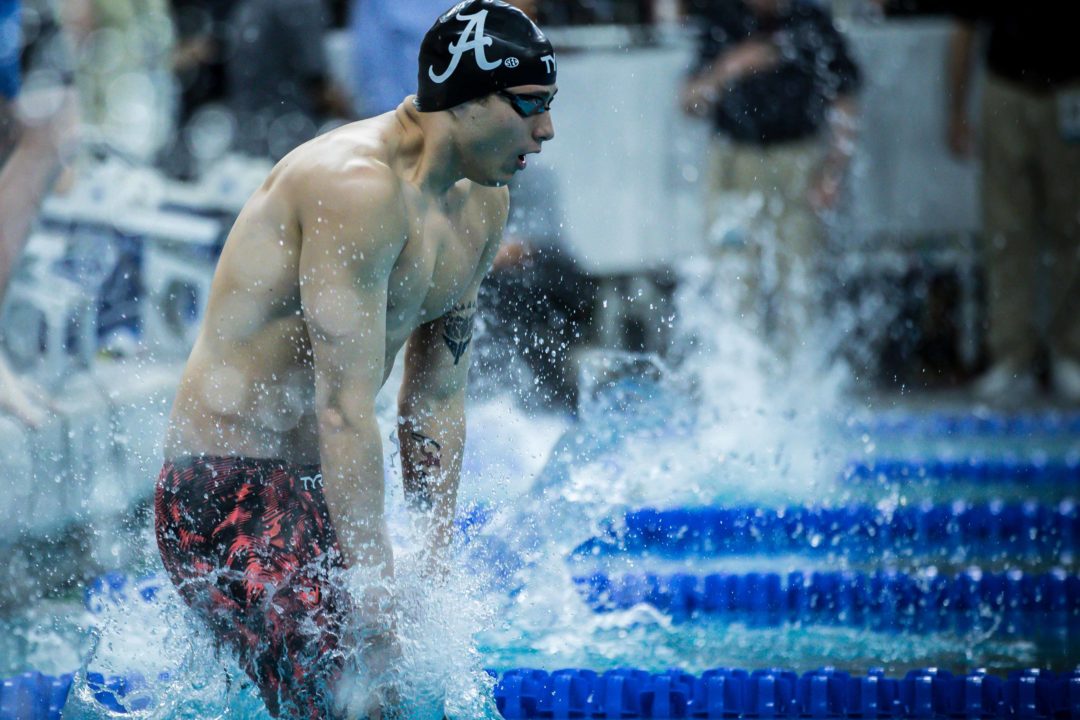 Waddell put up a 20.33 backstroke split, just a tenth away from the fastest in history. That stands as a 20.20 done by Olympic Champion Ryan Murphy in 2016. Archive photo via Jack Spitser/Spitser Photography

The first title swims of the 2020 SEC Swimming and Diving Championships take place tonight, as swimmers gear up for the 200 medley relay and 800 free relay. Alabama’s Zane Waddell started the meet off with one of the fastest swims in history.

Waddell put up a 20.33 backstroke split, just a tenth away from the fastest in history. That stands as a 20.20 done by Olympic Champion Ryan Murphy back in 2016. Waddell has been even closer to that mark before. Last season, he swam a lifetime best 20.22 at the 2019 SEC Championships.

Alabama won the 200 medley relay SEC title in Meet Record time and later went on to win the event at NCAAs in 2019. They led for the first 3 legs of tonight’s race. However, anchor Jonathan Berneburg appeared to miss his wall on the turn, and the Crimson Tide was run down. They wound up 4th in 1:24.65. Berneburg split a 20.28, but has been significantly faster even from a flat start with his 19.82 season best from midseason. His lifetime best in the 50 free is a 19.67 from last season.

Tough break for the Tide and Coach Coley. Teach em to “Stick”els the turn!

Let’s not forget that as a sophomore in high school Anthony Grimm split 20.87