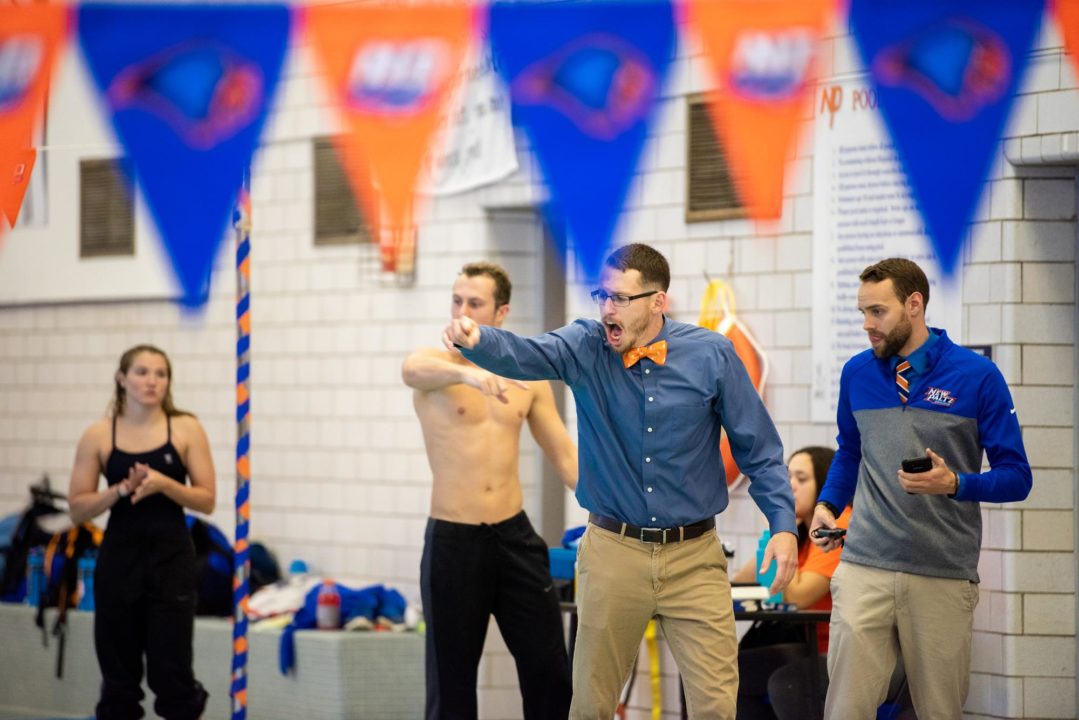 Tom Eickleberg is no longer listed as the head men’s and women’s swimming coach at Division III SUNY New Paltz. The team’s former assistant, Matthew Distler, is now listed as interim head coach. The team will begin competition at the SUNYAC Championships in Buffalo, New York on Wednesday.

A 2011 graduate of Adelphi, Eickelberg earned 14 All-Metropolitan Conference First-Team honors, set 6 program records, and broke 4 individual Northeast-10 Conference titles as an athlete. He also was a two-time all-conference honoree as a 3-year member of the school’s cross country team. He parlayed this into post-graduate success as a triathlete, where he holds the course records at both the TOBAY and Montauk Lighthouse triathletes. He finished 16th at the 2012 US Open and has 31 professional triathlon victories, according to his SUNY New Paltz bio.

Distler is in his 2nd season with SUNY New Paltz. An alumnus of the program, as an athlete Distler was an 8-time A-finalist, and 2-time winner, at the SUNYAC Championships. He started his career at SUNY Cortland before transferring to SUNY New Paltz.

A small correction- All nine schools have both men’s and women’s programs in the SUNYAC.