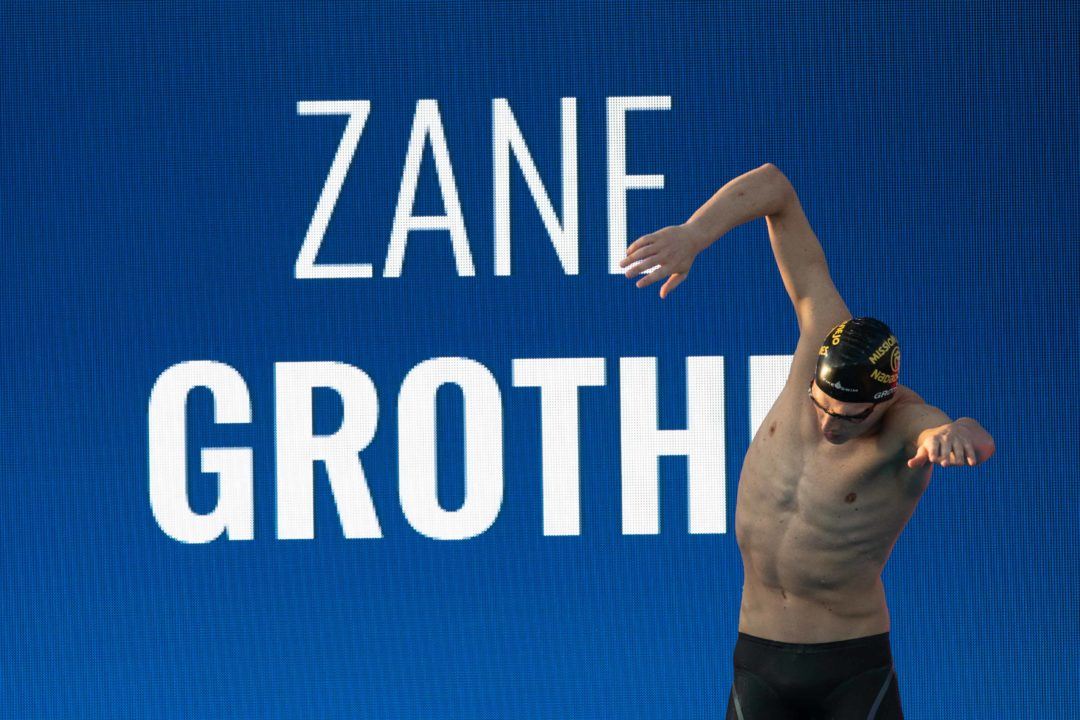 After breaking 50 for the first time in his career this morning, distance star Zane Grothe will drop the 100 free B final tonight and focus on the 400 free at the Des Moines Pro Swim Series. Archive photo via Mike Lewis/Ola Vista Photography

After breaking 50 for the first time in his career this morning, distance star Zane Grothe will drop the 100 free B final tonight and focus on the 400 free at the Des Moines Pro Swim Series.

His scratch would have pulled in #17 qualifier Jan Switkowski to the B final, but Switkowski appears to be another scratch himself. That moves Great Britain’s Joe Litchfield into the B final.

There weren’t many other A and B final scratches this morning – none on the women’s side, in fact. But there was a results adjustment to the women’s 200 fly. Club Libanes’ Maria Jose Mata Coco was originally listed and announced in 8th place. But meet organizers announced a change to the event results during prelims, and Meet Mobile results now show Mata Coco as a DQ. It appears that a DQ was attributed to the wrong swimmer: Missouri’s Azra Avdic was listed as a DQ in results this morning, but now appears on heat sheets at 2:19.49. She’ll swim in the B final.

Here are all the scratches from A and B finals tonight:

Digging that speed, hope that means a 3:44-3:43 come championship season!

Is he still at IU?

Yes, he is just representing the club he grew up on now.