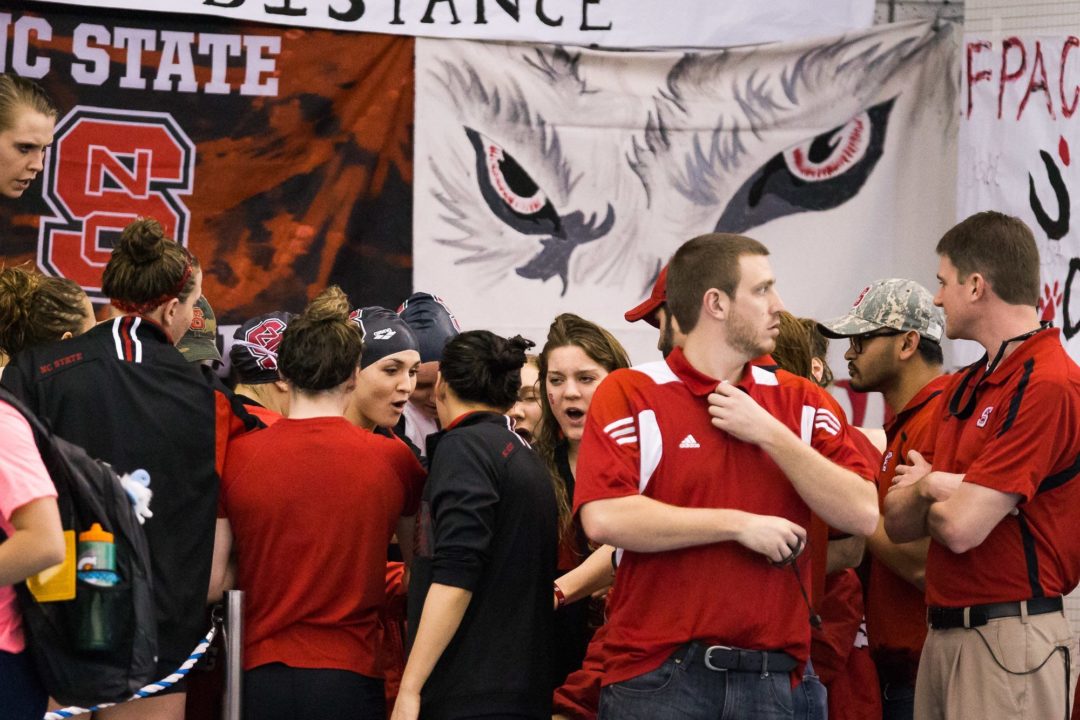 Green Hope High School senior Brooke Rubendall has announced via Twitter her verbal commitment to the NC State Wolfpack starting in fall of 2016.

STOKED TO ANNOUNCE I HAVE VERBALLY COMMITTED TO SWIM AT NC STATE UNIVERSITY! CAN'T WAIT TO BE PART OF THE PACK! #REDSTORM16 ❤️?

Rubendall, who swims club for the Marlins of Raleigh, is fairly versatile. She’s a solid freestyler, though better in the 100-200 range, and also excels in backstroke and IM. Here’s a look at her best times:

*Winter National cuts are in bold*

NC State is known for having a great sprint program, and the women have some real depth in the 50-100 free, but they lacked that depth in some other events in which Rubendall happens to perform well in. Comparing her best times to the Wolfpack’s last season, she would have been 3rd fastest in the 400 IM and 500 free, 4th in the 200 back, and 5th in the 200 free and 200 IM.

Rubendall’s best bets for scoring at the conference championships level right now would be in the 200 back and 400 IM– in both, her best times would have easily put her into the C final of each race at the 2015 ACC Championships, and on the brink of the B final.

The Wolfpack coaching staff will also be looking to strengthen their 800 free relay, where they only had two swimmers under 1:47 on their relay at the ACC Championships last year; Rubendall’s best freestyle event happens to be at the 200 distance. Her 1:50.29 yards best pales in comparison to her 2:03.31 LCM best which was swum a couple weeks ago at a Futures Championships– that time converts to a 1:48.20 in SCY.

The Wolfpack women graduated only 5 from last season but bring in a big freshman class of 11 this year, while Rubendall will get to campus next fall in 2016.