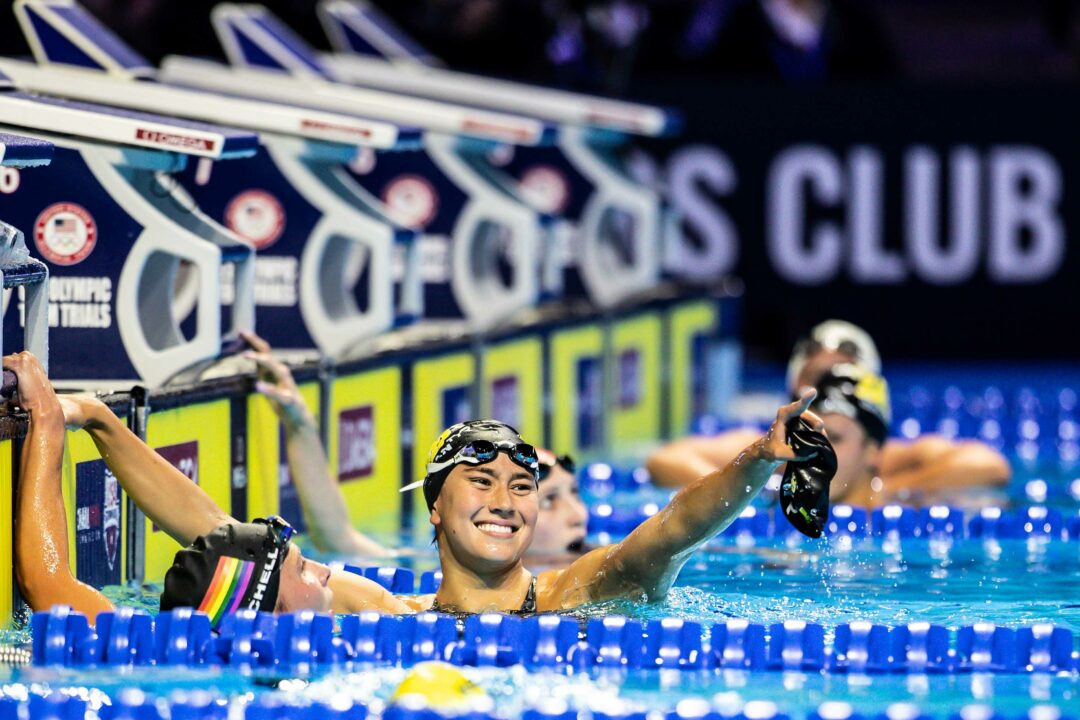 We took to social media on Day 3 of the 2020 Tokyo Olympic Games to see what the world had to say about the swimming action of the day. Archive photo via Jack Spitser/Spitser Photography

We took to social media on Day 4 of the 2020 Tokyo Olympic Games to see what the world had to say about swimming.

This Olympics has been fun because I’ve found more people tweeting about swimming. From the Moms, to journalists, to the burners, all just loving the sport.

The first event of the night saw a lot of hype as Australian Ariarne Titmus dominated the women’s 200 freestyle, setting a new Olympic record with her time of 1:53. Fans had a lot to say about Titmus beating American Katie Ledecky two times in a row:

absolutely no one, not a soul:
ariarne titmus: pic.twitter.com/xvWkhCRJVs

Ariarne Titmus, Australian of the Year – you're hearing it more and more 🥇

Siobhan Haughey had a huge swim to take the silver medal, Hong Kong’s first in Olympic Swimming. Haughty posted a time of 1:53. to obliterate her personal best and post a new Asian record. Canadian Penny Oleksiak also posted a personal best to take the bronze medal. With her bronze medal, Oleksiak became the most decorated Canadian Summer Olympian in history.

🥈🇭🇰 Siobhan Haughey made history!!!
1st ever medal in history for HKG in #swimming pic.twitter.com/OyBZzxsM2u

Siobhan Haughey thanks her coach and family for the support. She hopes she can inspire other athletes who are still competing. She also said she's so happy that she finally got a medal after coming fourth in last year's worlds championship. #HongKong #Olympics #Olympics2021 pic.twitter.com/kzGMFx8nnx

Oleksiak wins bronze in the women’s 200m freestyle making her the most decorated Summer Olympian in Canadian history.

PENNY OLEKSIAK DOES IT!

THE MAGIC CONTINUES AT THE POOL!

The women’s 1500 freestyle also saw lots of attention as fans praised Erica Sullivan’s silver medal-winning performance in the race, where she nearly ran down Katie Ledecky.

Michael Phelps provided insight into an athlete’s mental processes on the NBC broadcast following Simone Biles’ withdrawal from the gymnastics team final. His reaction earned a lot of attention across the sport.

If you're an athlete, especially a freshly "former" athlete you should be listening to Michael Phelps talk right now.

Michael Phelps advocating for mental health and showing proper compassion and understanding for Simone Biles & Naomi Osaka will be as much of his legacy as any swimming medals.

However, the highlight of the night came with Kristof Milak’s meme-worthy reaction to winning gold in the 100 butterfly.

The sheer ecstasy of winning gold from Milak 😐 #Olympics pic.twitter.com/VVgDjGqHmP