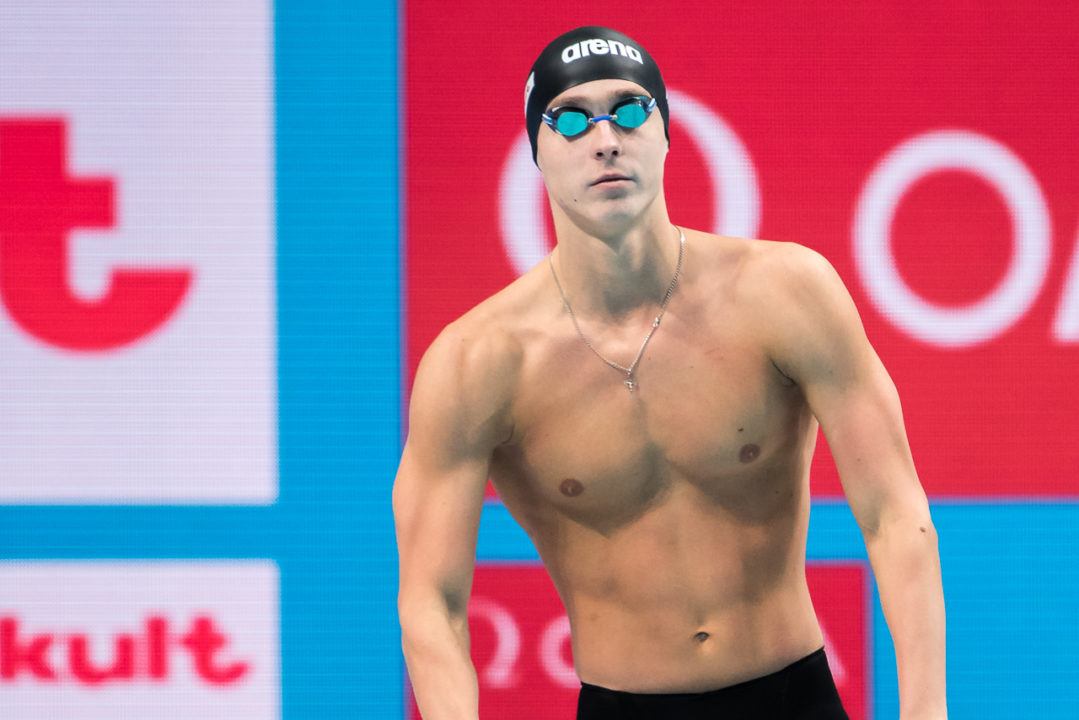 Check out how Anton Chupkov's 2:07.32 200 breaststroke unfolded at the just-concluded Russian Swimming Championships in Kazan. Archive photo via Peter Sukenik/www.petersukenik.com

23-year-old Anton Chupkov brought the heat in his specialty 200m breast at the just-concluded Russian Swimming Championships. This 2breast is the event in which he currently owns the World Record with the 2:06.12 he unleashed at the 2019 FINA World Championships.

As fast as Chupkov was at this meet, he remains #2 in the world, sitting behind 19-year-old Shoma Sato of Japan. Sato threw down a monster personal best of 2:07.02 earlier this month to become the world’s 5th fastest performer all-time.

15-year-old Evgenia Chikunova surpassed the Russian Junior Record in the women’s 50m breaststroke over the weekend at the Russian Swimming Championships.

Competing in the semifinals in Kazan, Chikunova crushed a new lifetime best of 30.81 in the sprint event, taking the top seed with ease. That time decimated her own previous career-quickest of 31.18 from last year, as well as overtook the Russian Junior Record of 31.00 set by Olympian Yuliya Efimova way back in 2008.

Chikunova was slower in the next night’s final, but her result of 31.05 was still enough to ultimately beat the field and take the national title.

Chikunova is Russia’s newest breaststroking prodigy who has been making waves the past couple of years, culminating in two 2019 World Junior Championships titles in the 100m and breaststroke. Chikunova turns 16 on November 17th.