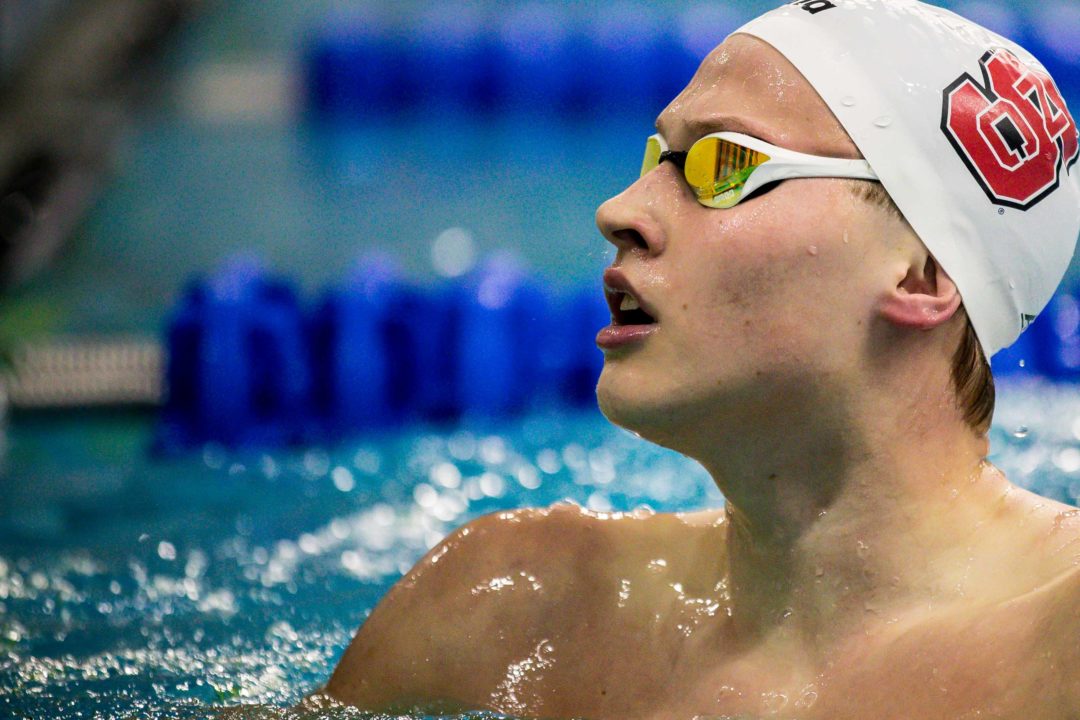 Justin Ress held the World University Games record in the 50 back for about a minute before seeing it fall to South Africa's Zane Waddell in the next heat. Archive photo via Jack Spitser/Spitser Photography

It’s been a busy day for whomever etches the records into the World University Games record book. He or she would have best been advised to stick to pencil for the men’s 50 backstroke, as South Africa’s Zane Waddell and USA’s Justin Ress spent Saturday trading meet records.

Fast-forward to semi-finals. In the first heat, Ress unleashed a 24.52 to slice 2/100 off Waddell’s meet mark and win his heat by .48 over Russia’s Mark Nikolaev (25.00) who had come in with the top seed time of 24.23. Before the ink was even dry, Waddell followed in the second semi-final with 24.46, coming to the wall with a .67 margin over Australia’s William Yang.

Waddell and Ress now rank #4 and #7 for the year. Ress is the second American on the list behind Michael Andrew.

The excitement is building for Sunday night’s 50 in the men’s 50 backstroke, when Waddell and Ress will swim side-by-side for the first time in the meet.

He doesn’t heard it here first

Dean if he swims it again or Stewart

Dean is taking an Olympic year. Coleman will be a worthy opponent

Dean will never swim in the NCAA again – you heard it here first!

Oop I forgot, but Stewart most likely. He’s more consistent

Dean will eventually win it again if he swims it, but not next year.