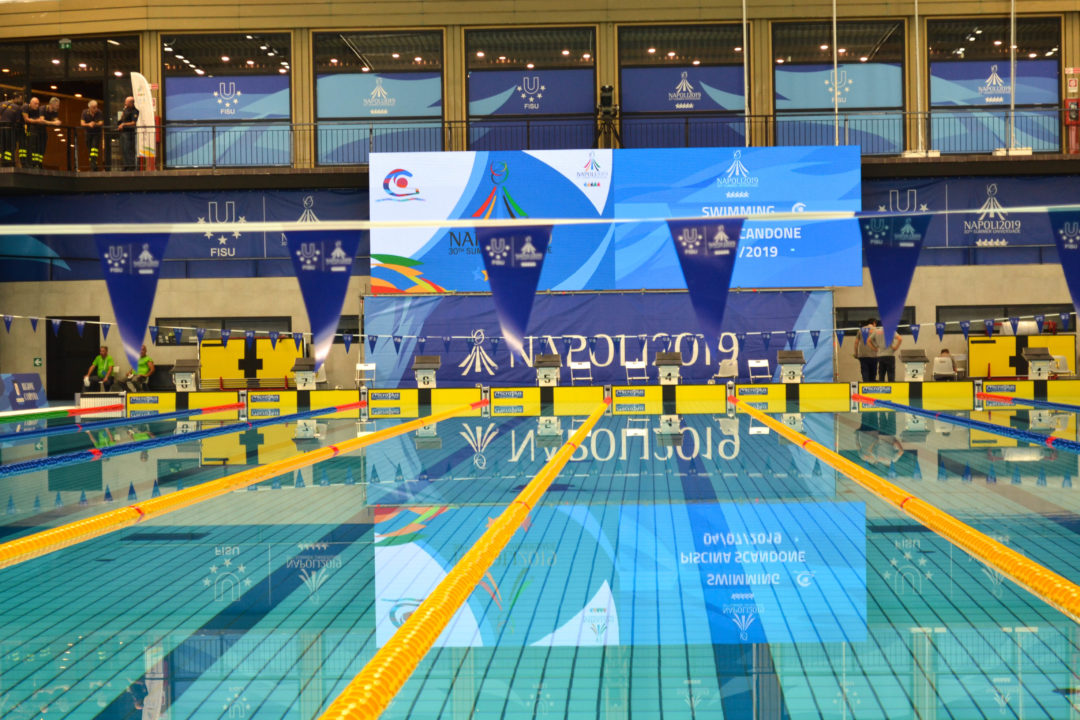 Zach Apple and Gabby DeLoof each added a gold medal to the USA's tally on Saturday, further extending the Americans' lead on the medals table. Current photo via Giusy Cisale Swimswam

The United States added two gold and two bronze medals on Saturday, further extending their lead over the other nations at the 2019 World University Games in Napoli. Japan, South Africa, and Sweden won the three other events.

Saturday’s evening session began with the men’s 1500 freestyle final. Sweden’s Victor Johansson was the victor in 15:01.76, while Italy’s Alessio Occhipinti surged in the second half to moved past USA’s Nick Norman for the silver medal.

South Africa scored its second gold medal when Tatjana Schoenmaker won the women’s 100 breast by nearly a body length, clocking a 1:06.42. Japan claimed both silver and bronze with strong performances from Mai Fukasawa and Kanako Watanabe.

The second gold for Team USA came from Gabby DeLoof, whose 54.76 was the top time in the 100 free by .28. Germany’s Lisa Hoepink slipped by Veronica Burchill (USA) to take silver by .01.

The final gold medal of the evening went to Japan’s Juran Mizohata, whose stunning surge over the final 20 meters gave him a 1:58.88-to-1:59.28 victory over Joe Litchfield (GBR) in the 200 IM final. Taiwan’s Wang Hsing-Hao placed third.

Aussies have the same number of medals as….Taiwan…and Belarus….

If she swam for any other country, she would be a shoe-in for an Olympic spot.

Berkoff not even mentioned in the article thou??

Berkoff my bad, commented on the wrong article.

u are right anyway Philip

and its only the beginning of the summer Big meets …..Oh MY