Video: North Texas Mean Green off to the Strong Start

The North Texas Mean Green are a month into their 2015-2016 season. As Coach Brendon Bray explains in the below...

The North Texas Mean Green are a month into their 2015-2016 season. As Coach Brendon Bray explains in the below video, so  far the team has been put into several different competitive situations- giving them experience that’s important early on in the season. One of the meets they’ve hosted this year has been the pentathlon , in which sophomore Sarah Vaisse took first place and freshman Natalia Kwiatkowska was seventh overall. This was the first time fan’s were able to see what the seven new freshmen on the team are capable of. As Coach Bray states in the above video, the benefit to the pentathlon meet structure is that it forces all swimmers to compete in each stroke; challenging them to compete outside their comfort zone. 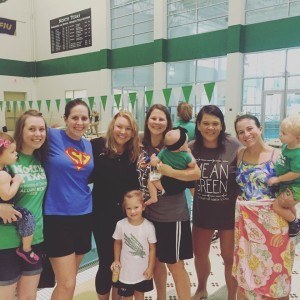 In addition to the pentathlon, the Mean Green also hosted an alumni meet in September. At this meet, former swimmers from the program’s 16 year history returned to compete and cheer on the current team. Each year alumni of the program bring along  the “future” of the Mean Green swim team.

After the alumni meet, the Mean Green had an intrasquad and then hosted their 3rd annual North Texas Relays, where they were joined by SMU, Houston, and Arkansas-Little Rock- taking second only to SMU.

Coach Bray and his team are looking to build on their 4-4 dual meet record and improve on their 5th place finish at last year’s Conference USA Championships.

Below is a sneak peek into the Mean Green’s training and preparation as they move full force into their dual meet season. They return to action as they face off against Texas A&M in College Station on October 23rd.