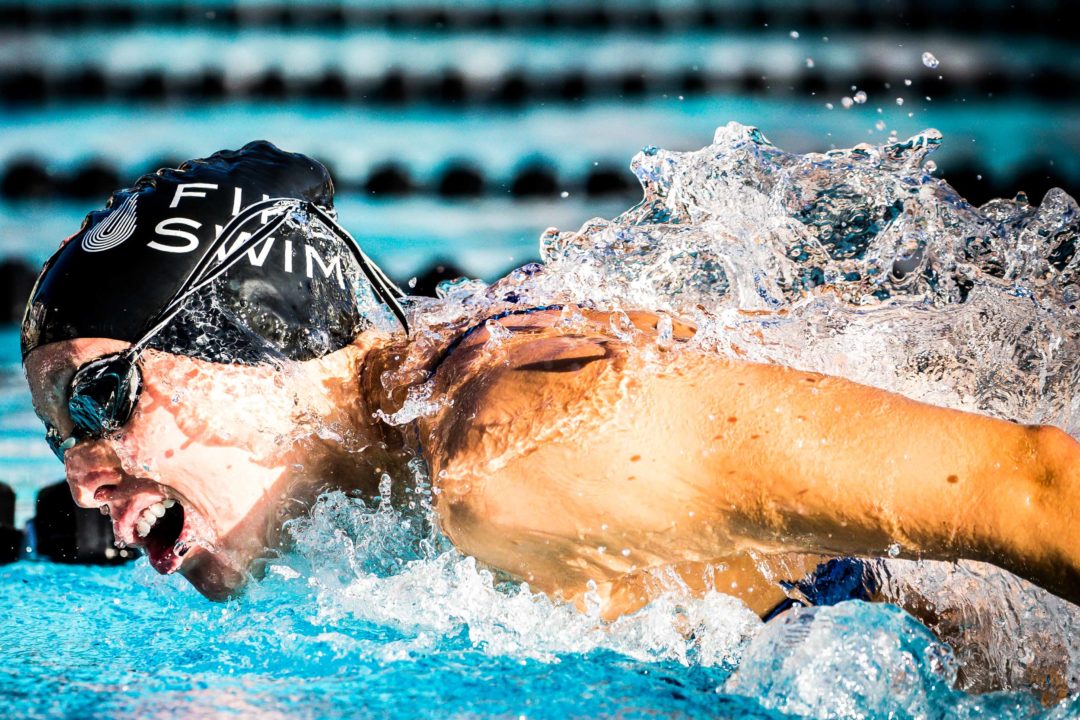 Tetzloff, who has spent the last 5 years training at Auburn, will now move to the pro group based at North Carolina State. Archive photo via Jack Spitser/Spitser Photography

Professional swimmer Aly Tetzloff has announced that she will join the professional training group Wolfpack Elite, which is based at NC State University. The move comes after spending the last 5 years, including 4 years as a member of the varsity swim team, training at Auburn.

Tetzloff said in announcing the move:

“Thank you Auburn Swim & Dive for being my home away from home these past 5 years. I’ll always look forward to the day I’ll be back on the Plains. I’m super excited to announce my move to Raleigh, NC (in August) to train with Wolfpack Elite as I continue on my Olympic journey. War Eagle forever, but for now, Go Pack! 🐺”

Tetezloff is a member of the 2019-2020 USA Swimming National Team, qualifying as the 5th-best American in the 100 fly during the relevant qualifying period.

Primarily a sprint butterflier and freestyler, Tetzloff earned 10 All-America awards in four seasons at Auburn. She was recruited to and joined the team during the Brett Hawke era, and swam her senior season under Gary Taylor.

Last season, in her first year as a pro, Tetzloff swam for the LA Current during the first season of the International Swimming League. There she ranked 154th in the league in MVP scoring with 29.5 points. She was almost-exclusively a relay-only swimmer for the Current, aside from a 7th-place finish in the 100 free in her league debut in Lewisville. That meet was also her only opportunity at a butterfly swim, as part of a Current medley relay, where she split 58.48.

Tetzloff’s 57.70 in the 100 meter fly at the 2019 US National Championships ranks her as the 7th-best American in the event since the 2016 Summer Olympics.

While neither school has published a full listing of their training groups, and those groups could be shifting rapidly in the post-quarantine world, neither school has an elite female sprint butterflier for Tetzloff to train with (though both do have elite male sprint butterfliers). In fact, the 100 fly was a weakness for NC State: during the 2019-2020 season the Wolfpack women scored 0 points in the 100 fly at the ACC Championships. At NC State she will, however, count among her training partners recent alumnus Ky-Lee Perry, who won the women’s 50 free at the 2019 World University Games.

Tetzloff is a native of Crown Point, Indiana.

Is this a new thing now…pro group commitment photos! Keep me coming Haha Raleigh is a cool town congrats on the move an best of luck!