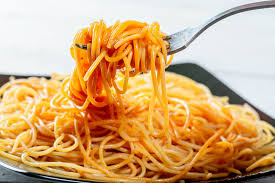 There's another byproduct of swimming that has recently been scientifically examined, which confirms once and for all that swimming indeed makes us hungrier. Stock photo via stock

The sport of swimming, which we know, love and obsess about, provides many benefits to the tune of both physical and mental health. Not only does our time in the chlorinated abyss enable us to suppress stress from the day, but our aquatic aspirations also lead to improved blood pressure, flexibility, and reduction of heart disease risk.

There’s another byproduct of swimming, however, that can pose a challenge if not kept in check – the feeling of that-set-was-so-hard-I-could-eat-anything-and-everything-right-now-let’s-go.

This subject of hunger as it relates to swimming was recently been scientifically examined, with the group’s study confirming once and for all that swimming indeed makes us hungrier.

In the study appearing in Science Direct entitled ‘An acute bout of swimming increases post-exercise energy intake in young healthy men and women,’ researchers compared the effects of swimming versus cycling and rest on hunger, with the findings finally giving us an objective argument to eat that extra piece of pizza after a tough day in the liquid office.

The study, which you can read in its entirety here, had 32 healthy adults all under the age of 40 perform bouts of swimming, cycling or resting, in random order, with each session separated by at least 4 days. Exercises sessions began 90 minutes after breakfast.

‘The swimming and cycling sessions were split into six intervals, each lasting eight minutes with two minutes of rest between intervals. We matched the exertion of both exercise sessions using a rating of perceived exertion scale and asked all participants to exercise at a level of 15, which corresponded to “hard”, for both the swimming and cycling trials,’ explained the study.

The study found that participants ate an average of 142 calories more during the swimming trial than in the control trial and also reported that they felt they could eat more at the next meal as well. (Insert, ‘yeah, we knew this all along, but thanks for the study’)

Although the study’s aim was merely to confirm swimming does, in fact, make one hungrier, the question as to ‘why’ this so still exists.

‘One possible reason relates to the suggested link between temperature (specifically body heat loss) and food intake. In colder temperatures, food intake may increase as a mechanism to generate body heat through diet-related thermogenesis. Thermogenesis is the body’s process of using energy to produce body heat. Despite the fact that swimming would have generated body heat during our experiment, immersion in the cool water would likely have led to overall body heat loss. Further research studies in swimming are needed to confirm this,’ stated the study.

Researches also point to changes in brain signals and neurotransmitters affecting appetite during and after swimming.

Is that why a lot of swimmers get fat after they retire?

Did the swimming burn more calories than the cycling?

^this, and also, perceived effort is not a great measure, it introduces a great deal of human error. Heart rate would appear to be a better measure.

My food intake is now justified

I’m so glad there was a research study to confirm that! Who would have thought that was the case?!