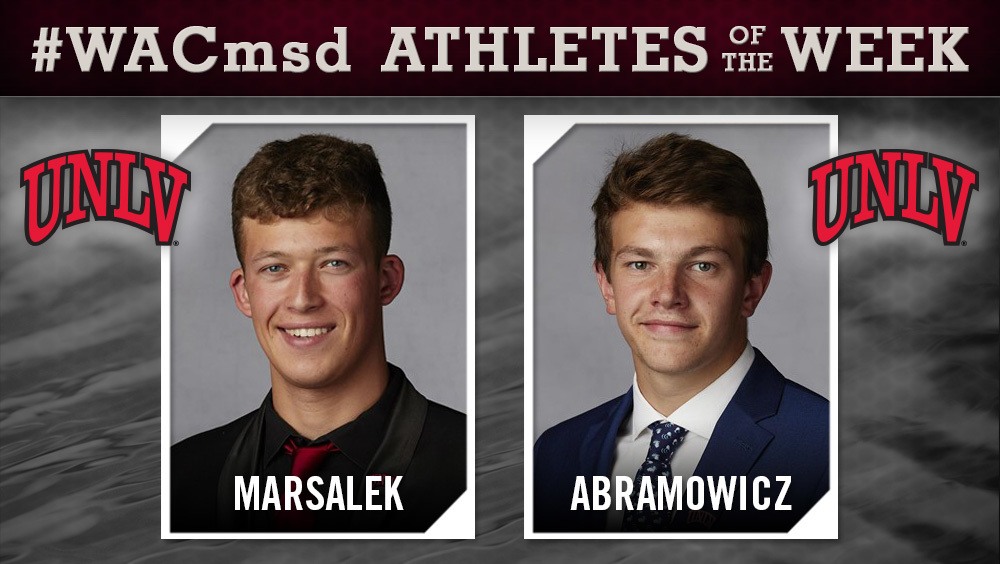 Marsalek, a Santa Maria, California native, picked up WAC Men’s Swimmer of the Week honors for the second time this season after a great weekend during the UNLV Invite. Marsalek finished second in the 1650 freestyle with a time of 15:45.68, which ranks third best in the WAC this season. He defeated competition from US Santa Barbara, Cal Poly, UC San Diego, Pacific, and Fresno Pacific.

Abramowicz, a Calgary, Canada native, picked up the WAC Diver of the Week after an amazing weekend during the UNLV Invite. Abramowicz tallied 323.45 points for a first-place finish on 3M. He posted 249.55 points in 1M to finish runner-up. Abramowicz competed against divers from Cal Poly, Pacific, and Fresno Pacific.

NEXT FOR THE REBELS: The Rebels will be back in action when they hit the road for a dual meet at CSU Bakersfield Wednesday December 19, at 1 pm.