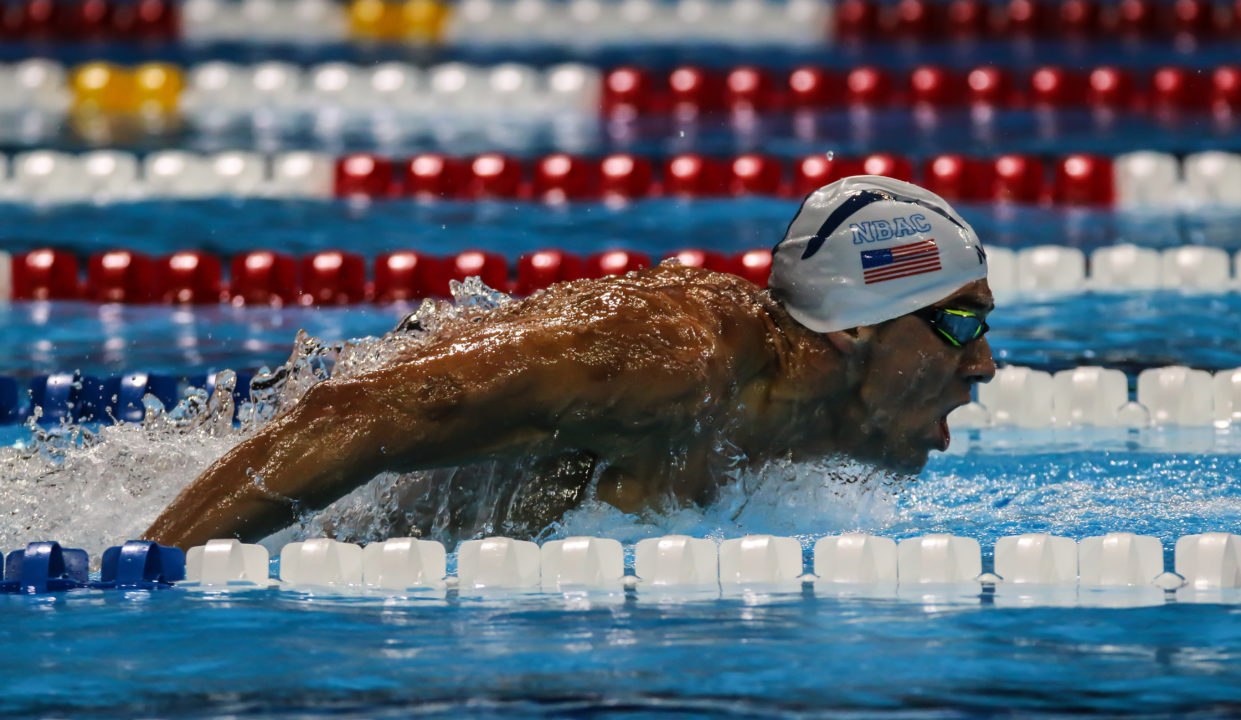 On this date in history, Michael Phelps set two IM world records - five years apart. The swims were one day before his 18th and 23rd birthdays. Archive photo via Jack Spitser/Spitser Photography

June 29 has been a banner date for Phelps – not that he’s really had any non-banner dates. The most decorated Olympian of all-time has set at least 39 world records (including lowering of his own records) and still owns the long course 400 IM along with pieces of all three men’s relay world records in long course.

That was just the sixth world record-breaking swim for Phelps, at the early end of the most successful swimming career in the modern era. At the time, the teenager held world records in the 200 fly (set twice in 2001) and 400 IM (once in 2002, once in 2003), while also breaking a medley relay world record in 2002.

Phelps would re-lower the 200 IM world record seven more times over the next five years, winning every major gold medal in the event over that time frame. He remains the National Age Group record-holder with a 1:55.94 set two months after this June 29 swim.

That’s a good bit of trivia and also interesting that it was exactly a 2 second drop in 5 years. Always fun to remember in season WR’s.

I thought I read that wrong at first. Insane that he was able to drop the event down that much in less than 1/4 of a year

Dang, I should have read that a little more closely. Even more impressive the 2 second drop in two months. Thanks for the clarification. 🙂