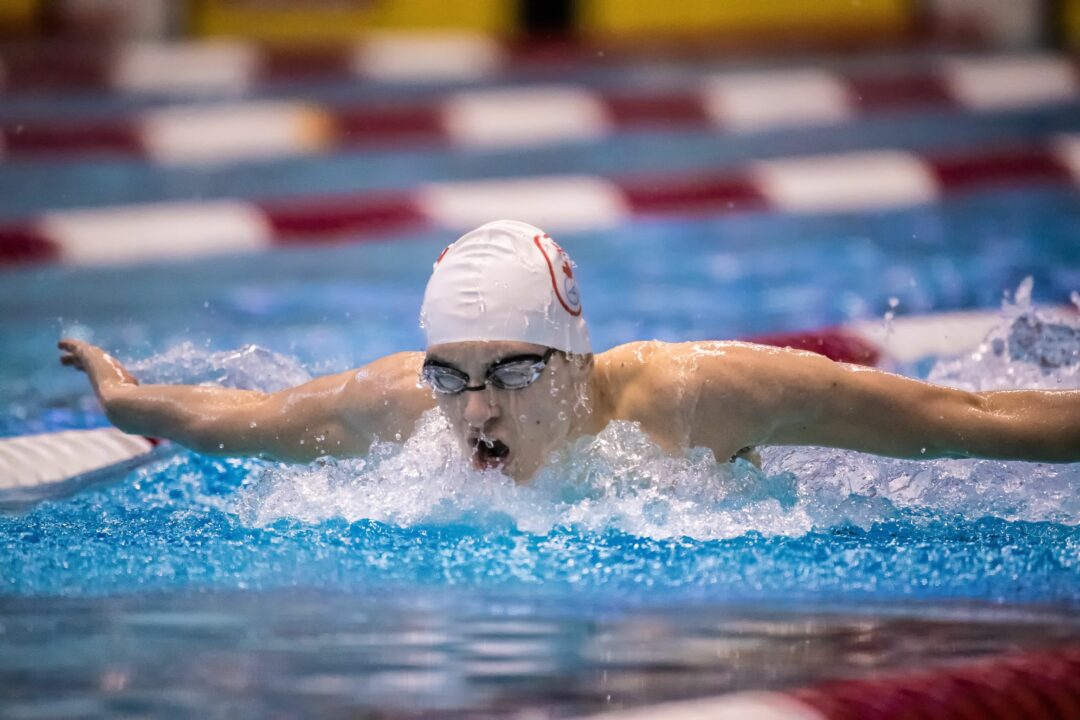 Sava will provide a massive boost to the program's fly group, with the potential to challenge the USPORTS records in both races with small improvements. Current photo via Mike Lewis/Ola Vista Photography

One of the best youth butterfliers in Canada, Michael Sava has announced that he will be staying in his home country to continue his swimming career, committing to the University of Toronto. A native of Toronto, Sava swims with the Ramac Aquatic Club.

Sava is a two-time Canadian National Junior Champion, having won the 200 fly in both 2018 and 2019. In 2019, he claimed the national title by touching in 2:02.80. He also added a fourth-place finish in the 100 fly in 55.80. More recently he competed at the 2020 Canadian Olympic Trials where his top finish also came in the 200 fly. Taking 6th in the race, Save was less than two seconds off of second place and a potential Tokyo invitation.

“Michael is one of the top butterfliers in the country and is only in high school. As we have just graduated a former national champion flyer, Michael will certainly fill a need on the team. I have watched him train and he is one of the toughest guys out there, so I know he will bring a great attitude.”

The University of Toronto Varsity Blues has a history of working with some of the top swimming talent in Canada. This summer Kylie Masse, an alumni of the Varsity Blues, claimed three medals while representing Canada in Tokyo. On the men’s side, Gabe Mastromatteo, a freshman at Toronto, represented the country at the Olympics, swimming the 100 breast.

At the 2020 U Sports Championships, the men’s team came in third behind the UBC Thunderbirds and the University of Calgary. With his best times, Sava will immediately challenge for the U Sports title in the 200 fly, and contribute points in the 100 fly. In finals at the 2020 edition of the meet, his best time would have won the event, narrowly missing the U Sports record set by Davide Casarin in 2019.