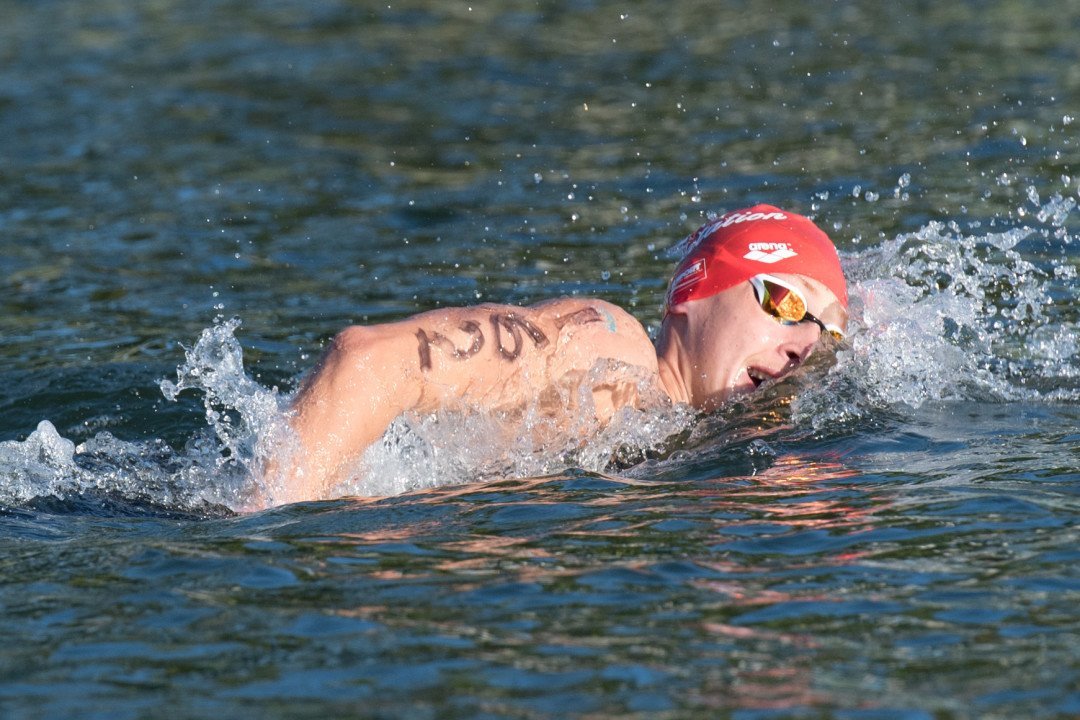 Lake Ohrid in North Macedonia will play host to the first FINA UltraMarathon Swim Series of the 2021 season.

The 2020 edition of for the UltraMarathon meet in Ohrid has been cancelled due to the Covid-19 pandemic but the 2019 rendezvous in Novi (CRO) was topped by Angela Maurer (GER) and Edoardo Stochino (ITA) respectively.

The UltraMarathon circuit next stops in Capri/Napoli (ITA) on September 5.

Next weekend, on Saturday August 28, Ohrid will also stage the second leg of the 2021 FINA / CSNG Marathon Swim World Series. The inaugural leg in Doha at the beginning of the year was marked by France’s success with a victory for Marc-Antoine Olivier and a second place for Oceane Cassignol, while brand new Olympic champion Ana Marcela Cunha of Brazil clinched gold.
Still in Doha in March, Lea Boy of Germany closed the podium, while Hungary’s Kristof Rasovszky was second and Italy’s Gregorio Paltrinieri took bronze.

My friend is swimming in one of these races! Go Sandra!