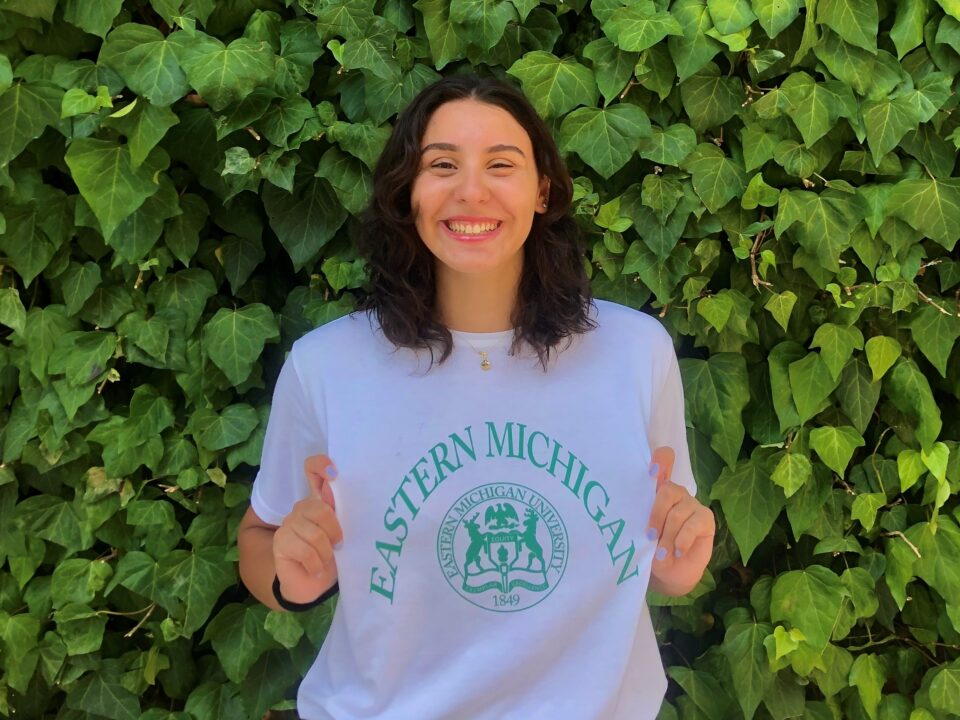 Azra Begum Umut, Turkish National Team member and 2022 Turkish Nationals champion, has announced her verbal commitment to Eastern Michigan University. Umut will make the move from Bersa, Turkey, to Ypsilanti ahead of the 2023-2024 season.

I’m extremely excited and grateful to announce my verbal commitment to Eastern Michigan!! I chose EMU because of it’s excellent academic and athletic opportunities. Special thanks to my coaches, friends and family who supported me throughout this journey and coach Derek who welcomed me with open arms. Can’t wait to be an Eagle!!

Umut currently trains with the Fenerbahce Sports Club in Istanbul. She is primarily a backstroke specialist, also excelling in the freestyle and IM events. She has competed in several Turkish National Team Selection meets as well as the Turkish Open Age and Junior Championships.

In April, Umut competed at the 2022 Turkey Arena Junior & Open National Team Selection meet, held in Edime, Turkey. There, she competed in the 200 free, 1500 free, 100 back, 200 back, and 200 IM (all LCM). She qualified for finals in each event while setting a number of new personal bests.

More recently, Umut swam at the Turkish Open and Juniors Championships in July. There, she swam a similar schedule to March. The only changes made were replacing the 1500 with the 800, and dropping the 200 IM.

Eastern Michigan has a Division I women’s swim program that competes as part of the Mid-American conference. At the 2022 Championships, the Eagles finished 5th out of eight teams.

With her converted times, Umut would have finished 14th in the 100 back at last year’s championships. The only returning EMU swimmer who went faster at last season’s meet was senior Lainie Bell.

In the 200 back, Umut’s converted time puts her 13th overall. This time coming in second for EMU behind sophomore Kiersten Russell.