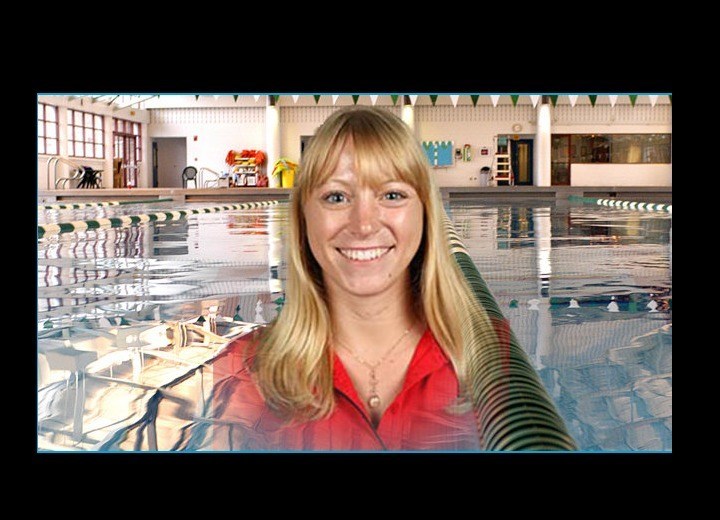 Katie Robinson, an 11-time All-American at the University of Texas, has been hired as the next head coach of the Tulane women's swim team. (Photo Courtesy: Tulane Athletics)

The Tulane Green Wave took the next step on their path to revival of the Green Wave women’s swimming & diving team on Thursday when they announced the hiring of Katie Robinson as their next head coach.

“This job is exciting to me because I love coaching women,” Robinson said of what attracted her to Tulane. “I’ve been blessed to have had fantastic female coaches as role models and they inspired me beyond just swimming fast up and down the pool.”

Other than Natal’s interim season, the Tulane women have had female head coaches for at least the last decade.

Robinson swam at the University of Texas from 2003-2007 and earned 11 All-American awards, including three Big 12 200 fly titles. She was a four-time NCAA qualifier as well and finished as high as 9th in the 200 fly and 10th in the 100 fly during her senior season.

She replaces T.J. Natal, who spent one year as the interim head coach of the program after the previous head coach Lena Guariello stepped down just weeks before the school year started to take a high school coaching job in Texas. Natal in total worked with Tulane for three seasons after the team was disbanded and restarted in 2009 following Hurricane Katrina.

“As far as athletic ability, I’d like them to have a good background and achieve Junior National standards or untapped potential,” Robinson said of her ideal recruit. “Developing student-athletes is a great passion of mine, and a challenge I look forward to.”

Tulane finished 5th of 6 teams at the 2013 Conference USA Championships, which was a one-spot improvement over their 6th-place finish the year before. The team will have one more year in Conference USA before moving to the American Athletic Conference (aka the conference formerly known as the Big East) in July of 2014.

go Katie! she’s an awesome coach. i would have loved to train under her. we worked together at swim camp a few summers. she is tough as nails, but soft and nurturing when she needs to be. i guarantee we will see tulane improve tremendously under Ms Robinsons leadership.