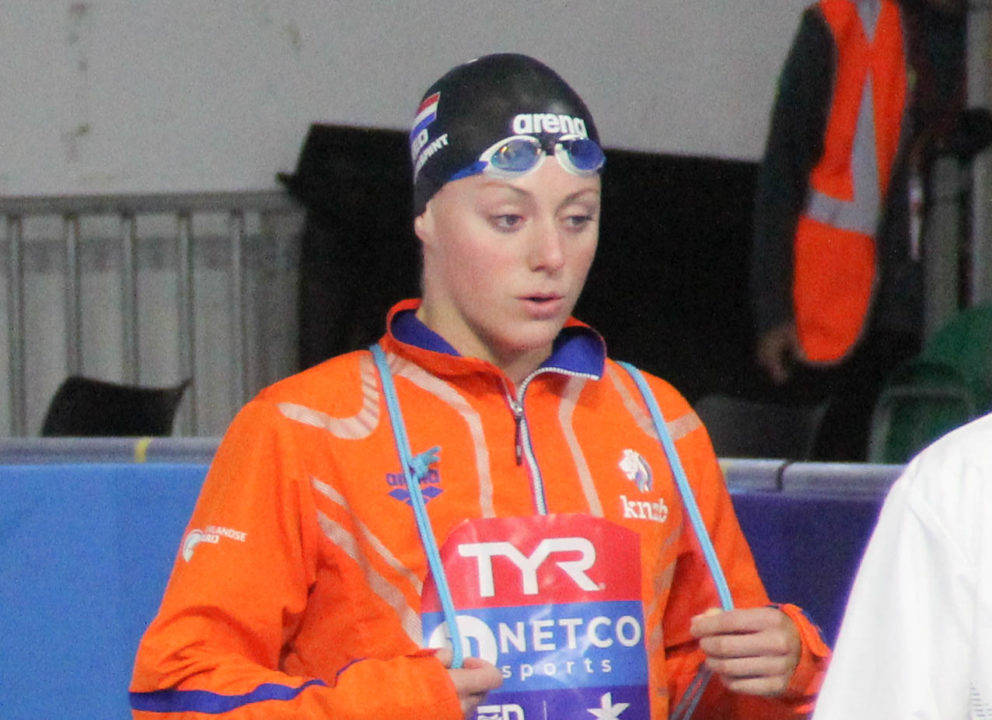 On-fire Kira Toussaint of the Netherlands has set her sights on the short course realm, competing on day 1 of the 2019 Martinez Cup in Amsterdam. Archive photo via Giusy Cisale

25-year-old Kira Toussaint is on a major record-breaking streak, hitting new national marks in the 50 and 100 LCM backstroke events while competing on the FINA World Cup circuit. You can read the latest on those feats below:

However, now Toussaint has set her sights on the short course realm, competing on day 1 of the 2019 Martinez Cup in Amsterdam. Identified as a qualifying competition for the European Short Course Championships set for Glasgow, Scotland in early December, Dutch swimmers are ready to hit the QTs needed to add their names to the roster. You can read more about the nation’s selection policy here.

Not wasting any time in setting the tone for the meet, Toussaint powered her way to the top of the podium in the SCM 100 backstroke, touching in a 55.74 scorcher. That logged only 1 of 2 sub-minute efforts in the field, beating the next closest competitor by well over 2 seconds.

A time of just 58.09 was needed per the Dutch selection policy to qualify for Glasgow, so Toussaint accomplished her mission in spades. In fact, her time would have taken the gold at the 2018 edition of the World Short Course Championships.

Additionally, Toussaint’s time moves her up on the all-time performers’ list from #9 to now #7.