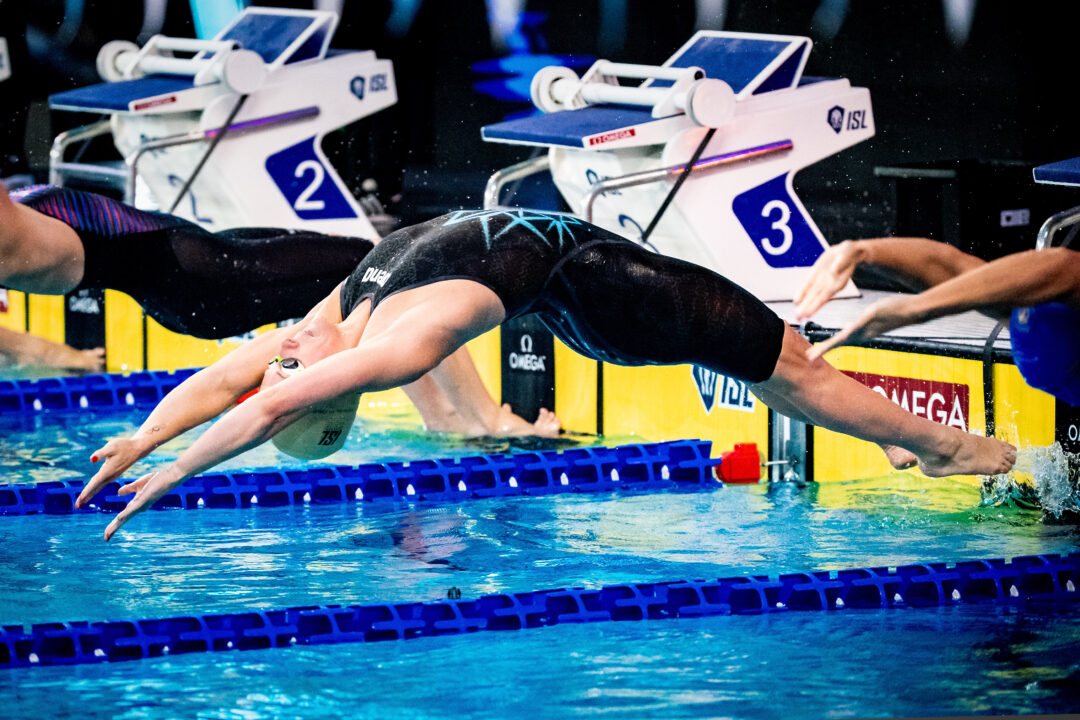 Kira Toussaint tore up the pool tonight in the women's 200m backstroke in Kazan, grabbing gold in the fastest time of her career. Archive photo via Giorgio Scala / Deepbluemedia / Insidefoto

Kira Toussaint of the Netherlands just ripped the fastest 200m backstroke of her career en route to topping the podium tonight in Kazan.

While competing on day 3 of the 2021 European Short Course Championships, Toussaint took the field by storm, firing off a mark of 2:01.26 to notch the only sub-2:02 result of the field.

Toussaint logged that 2:02.09 just last month in Budapest at the 2nd stop of the FINA World Cup Series. Splits for the previous record included 59.40/1:02.69 so the 27-year-old showed a tad more patience on the front end to establish the new record.

The reigning European Short Course champion in this women’s 200m back, Margherita Panziera of Italy was downgraded to silver in 2:02.05. She was 2:01.45 2 years ago, while Toussaint took gold in the 50m and 100m backstroke events.

As fast as Toussaint’s swim was, she’ll need to get into the 2:00 territory to enter the list of top 10 all-time performers.