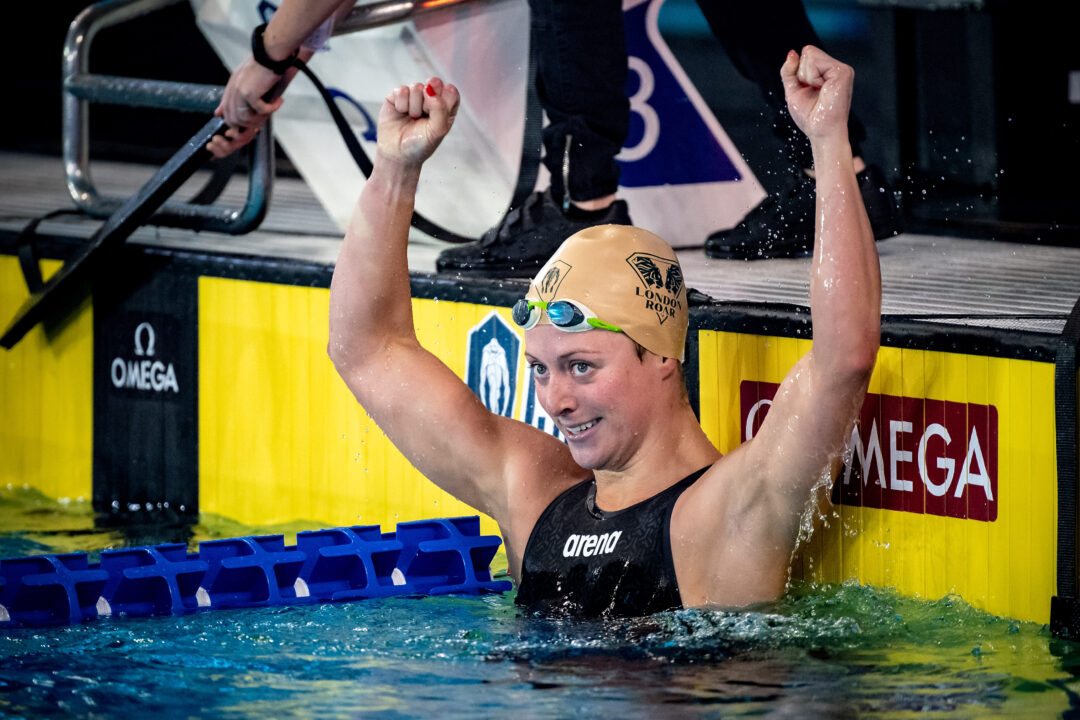 Dutch backstroke ace Kira Toussaint finally knocked down the only short course national record of the discipline which didn’t already belong to her.

While competing on the final night of this FINA World Cup stop in Budapest, Hungary, 27-year-old Toussaint ripped a personal best of 2:02.09 to get her hand on the wall first ahead of runner-up Minna Atherton of Australia and bronze medalist Kennedy Noble of the United States. Atherton finished in 2:02.39 while Noble finished in 2:05.33.

Entering this meet, Toussaint’s personal best in this women’s 2back rested at the 2:02.60 she threw down during ISL season 2. That in itself was a near-Dutch record, falling just shy of the .13 Sharon van Rouwendaal put on the books way back in 2011.

Toussaint took both the 50m and 100m back European Short Course Championships titles in 2019, while also collecting 2back bronze. For perspective, there in Glasgow the former Tennessee Vol touched a time of 2:03.04 as the 3rd place finisher.

As fast as Toussaint’s time was, she’s still a ways off of the fastest ISL season 3 time in the event, a mark represented by the 2:00.55 Cali Condor Beata Nelson established this season

Congratulations Kira! You are one of my favorites!